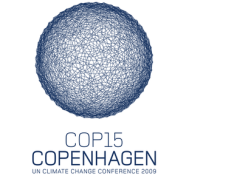 China isn’t going to be a proactive player at the climate talks in Copenhagen starting next week, according to a government representative. Because it won’t be seeking international funding, there’s no reason for China to enter into a binding global agreement to reduce carbon emissions — any changes it makes will be voluntary.

This news comes less than a week after Obama announced that he would be making the trip to Denmark to represent America’s interest in halting global warming. Most people had seen this as a promising sign that the U.S. government is finally getting serious about its environmental responsibilities. Obama says he will be pitching an 83 percent cut in greenhouse gas emissions by 2050, and 30 percent by 2025. He will be accompanied by six or seven cabinet members.

At the same time, the president has only scheduled one day for the conference, Dec. 9, and he won’t have any solid climate legislation to point to, which could actually undermine his efforts. The Kerry-Boxer bill, which would establish a carbon cap and trade system and set renewable energy generation targets, is languishing in the Senate and will likely be postponed until the spring. And Congress still remains bitterly divided on the issue.

But none of this might matter if China is unwilling to participate meaningfully in treaty talks. Its government is arguing that the country has already done a tremendous amount on its own to decrease emissions and doesn’t need external help to hit its targets — namely a 40 to 45 percent reduction in emissions by 2020 (from 2005 levels). Its climate rep, Yu Qingtai said that China will rely on its own resources to slash greenhouse gases.

Without a globally-enforced carbon cap, China will have a competitive edge over the countries that do agree to a treaty. This could strongly dissuade other prospective signers. But China has always taken the position that it is unfair for it to be limited when other developed nations in North America and Europe didn’t have to work inside similar constraints during their industrial revolutions.

Even the loudest proponents for the cap and trade system in the U.S. say that it would be futile unless China and India — two of the biggest emitters in the world, and growing — agreed to something similar. For now, even asking them to commit to such an agreement doesn’t seem feasible. So maybe it makes sense that Obama’s just doing a quick flyby after all.