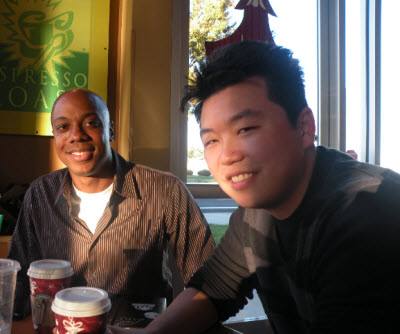 Friends For Sale!, the game where people can “buy” other people as if they are pets, has had tremendous staying power as a popular app on Facebook.

Launched in November 2007, the social game has attracted more than 25 million registered users, and more than a million people still use it every day.

But the company that created the app, Serious Business, wants to be more than a one-hit wonder. Earlier this month, the San Francisco company launched a spy game on Facebook called The Hierarchy, and so far the results are promising, with more than 600,000 users to date.

If it succeeds, Serious Business will indeed enter that elite group of companies that have more than one hit on one of the world’s most successful social networks. But so far, the company’s own struggles show how making blockbuster Facebook games is far from easy.

Friends For Sale! was the brainchild of Siqi Chen (right), who was working as an engineer at search engine Powerset, before it was acquired by Microsoft. He started working on his own app as soon as Facebook opened up its platform to third-party developers in May 2007. He built an app within six weeks and launched it on June 15.

The app was Mafia, a Facebook version of a party game where players pretend to assassinate each other. Within a month, the game had 100,000 users. That was pretty good, since it came at the beginning of Facebook’s rapid expansion. Chen was at the right place at the right time. He thought that someone would have the opportunity to create a company as big as Electronic Arts by making games on Facebook.

Chen was still working at Powerset full time, however. He worked on Facebook apps on the side. His next app was a dating app that wasn’t billed as a dating app. He had noticed that it was embarrassing for friends to be caught on dating sites, since it made it seem like they were desperate. So he decided to design an app for socializing that served the same purpose, connecting real people with each other. But it was a tongue in cheek game that made you feel like either a “hot girl” or a “rich dude.” It was a marketplace around owning people, as if they were pets. You could make money buying and selling other people, and win popularity contests with bribes. That’s how Friends For Sale! was born.

Within a month after the launch, Friends For Sale! had more than a million users and Chen quit his day job. He applied for funding through the incubator, Y Combinator, but dropped out of it because Friends For Sale! was taking off. He co-founded Serious Business with his friend Alex Le. They started monetizing the game with ads at first. 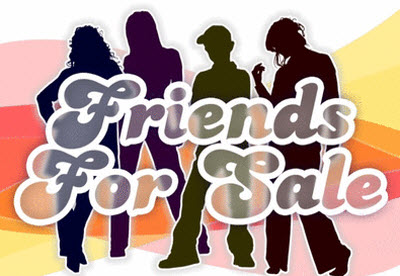 Then another business model fell into their laps. One of their richest and most active users offered them $10,000 in cash to buy $1 million in the game’s virtual currency. Chen and Le turned him down. Then they found a week later that the user in question had become the most popular player in the game. He had done so by paying off other popular members with real presents. Chen and Le realized how motivated people were to advance in the game, and so started to charge fees and use special ads known as offers in exchange for virtual currency.

The offers business model was very successful. The game’s fans include a lot of Facebook users who have never played games before. In the meantime, they were reading blog posts on social gaming by venture capitalist Jeremy Liew of Lightspeed Venture Partners. By that time, they had also recruited Ryan Ferrier, founder of Powerset, as their chief operating officer. Lightspeed invested $4 million in the company.

That was all the company needed to get off the ground, since the revenues from Friends For Sale! made it profitable. The company now has 32 employees and is still making money.

But Serious Games has had limited success with its other launches since Friends For Sale! One game, Happy Hour, did well until Facebook banned alcohol-related apps. Another game, Rock Legends, has more than 800,000 active monthly users. In that game, you form your own band and try to become the hottest act on Facebook. It was popular, particularly in East Asia. But it didn’t have the staying power of Friends For Sale!

In the meantime, lots of others have passed Serious Business by. Zynga has something like 209.1 million active monthly users, according to AppData, thanks to games such as the phenomenally successful FarmVille. It has stayed in the top ranks ever since launching Texas Hold ‘Em Poker — before Friends For Sale! — by coming up with repeat hits. Others who have done this include Playfish, RockYou, 6Waves and Slide. Serious Business ranks No. 23 on Facebook with 7.7 million monthly active users. It has a long way to go to catch up to its rivals. One of them, Playfish, was recently acquired by Electronic Arts for as much as $400 million. And Zynga, said to be making money hand over fist, is preparing for an initial public offering. It has grown to more than 500 employees and contractors.

In contrast to its rivals, Serious Business hasn’t expanded rapidly and hasn’t spent much on ads. Nor has the company copied other Facebook hits, and it hasn’t tried to make a sequel to Friends For Sale! — another familiar tactic in the game industry. That’s because the game is already more like a service that is constantly updated with new features. The company prides itself on being data driven and adjusting to whatever works in the market.

While he hasn’t built the biggest social gaming firm, Chen says he has no regrets. He notes with pride that the company has raised a small amount of money and has financed its growth largely through its own profits. The company has used those profits to load up on talent, hiring developers who have created games from Warbook on Facebook to Madden NFL for EA.

Chen has stayed close to the product development process, spending about an hour a day on programming. Development time is stretching out as production values go up, and the team hasn’t been shy about killing games that aren’t up to snuff. With that kind of product pipeline in place, the company is confident the hits will come.

“We think that things can change very quickly,” said Charles Hudson (pictured at top, left), vice president of business development at Serious Business. “Others have done well with a large capital base to accelerate their growth. But you still need to have viral growth. One hit game can lift you into the top tier of companies out there.”

Adds Chen, “Zynga and Playfish are not the be all and end all. There is still room for others to emerge.”

The Hierarchy launched at the beginning of November and is still in its public beta. It has been a top gainer on the Inside Social Games weekly list for three weeks, even without a big marketing push. Chen says one other game, using Adobe’s Flash technology, is in the works and will launch in a beta test by the end of the year. The company is adding four to six employees per month.

Chen has occasionally considered expanding into other platforms. But he says that Facebook has the “lowest friction for distribution.” That is, you can launch a game more inexpensively and watch it grow huge audiences more easily on Facebook than any other platform.

Meanwhile, the retention numbers of Friends For Sale! are high.  At this point, about 90 percent of revenues come via virtual goods. And about 85 percent of those revenues come from direct payments. About 15 percent comes from special offers. The company’s top user has paid more than $70,000. With friends like that, Chen can count on Friends For Sale! fueling more game development.