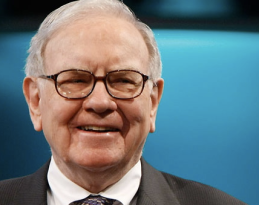 Texas oilman T. Boone Pickens and master currency speculator George Soros have both gone green in the last several years. Now it could be Warren Buffett’s turn to crank up his participation in the cleantech sector. Already with four related investments in the space, he’s well positioned to lead private investors in a charge toward cleaner sources of energy.

In just the last two years, Buffett has thrown his weight behind Chinese electric vehicle maker BYD, greener railway company Burlington Northern Santa Fe, General Electric (which has pumped up its cleantech operations with the start of its Ecomagination program), and major cleantech investor Goldman Sachs. Granted, these are pretty solid — and safe — choices. But they could be indicative of more to come from the so-called “Oracle of Omaha.”

Today, analyst firm the Cleantech Group came out with a list of 10 predictions for the sector in 2010 — one of which was that Buffett would spearhead a movement of individual billionaires investing in clean energy and other green technology companies. It pointed to ramped up involvement from both Soros and Virgin CEO Richard Branson, who gave $1 billion and $3 billion to clean energy projects, respectively.

While Branson was also very early to the cleantech game — investing as early as 2006 — Buffett appears to have more influence. There’s a sense that U.S. investors, who have been cautious when it comes to giving to green following the economic downturn, will take their cues from him if he does dole out more. Already, cleantech is predicted to be one of the biggest sectors for venture capital investing next year — but attracting the attention of American royalty could take it up another notch.

As for Buffett himself, it looks like his first order of business may very well be making electric and hybrid-electric cars a reality. The top-off? His firm, Berkshire Hathaway, purchased a $232 million stake in Chinese advanced automotive company BYD, and he recently made comments at Rice University that he sees electric cars dominating the roads as early as 2020.

This is one of the most ambitious predictions for the shift in transportation, considering that many people will still have cars they own today in 20 years. In order for EVs to have any chance of replacing gas-powered cars, battery prices will have to fall fast and far, and driving ranges on single charges will have to expand beyond the typical 100 miles. In short, people will need to be able to drive and pay for them just like they do their current automobiles.

BYD is working to solve both of these problems — pioneering technology that will allow cars to charge up halfway in just 10 minutes, and travel 250 miles on one charge. But companies like Coulomb Technologies, Better Place and R2EV are working on remote charging station solutions that could also expedite wider adoption of EVs. It wouldn’t be surprising if Buffett took a closer look at these startups and others working toward the same goals.

In doing so, Buffett would join his global counterparts, including French billionaire Vincent Bollore, CEO of the Bollore Group, who recently announced that he would invest $1.5 billion in advanced battery manufacturing facilities that will churn out alternatives to lithium-ion cells.