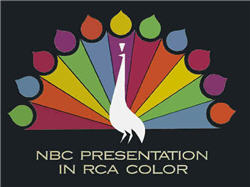 The Wall Street Journal calls the sale “a complex deal” valued at $30 billion and then some. (How complex? As part of the agreement to sell NBC Universal, GE agreed to buy a stake in NBC Univeral now owned by Vivendi. I suggest you read the long, crazy tale of NBC Universal’s creation on Wikipedia under the separate entries on NBC and Universal.)

It’ll be more than a year before the acquisition goes through, because Senator Herb Kohl, chairman of the Senate Antitrust Subcommittee, has promised to investigate the deal.

“Antitrust regulators must ensure that all content providers are treated fairly on the Comcast platform, and that Comcast does not get undue advantages in gaining access to programming,” Kohl said in a press release. “We plan a public hearing so that consumers can get a better sense of how this deal could affect their access to diverse programming and information, especially as they more often look to the internet for such services. It’s critical that we preserve robust competition and promote innovative and emerging program delivery in this rapidly changing market.”

To spell it out, critics claim that Comcast might refuse to make NBC Universal’s TV and movies available to other cable carriers, and remove them from iTunes and Hulu. If you want to watch 30 Rock legally next year, say the worrywarts, you’ll need to sign up with Comcast.

It’s easy to find Orwellian–nightmare claims for the transaction. But this is one deal where pundits and watchdogs have gone off the deep end, telling very different stories from what real reporters have actually reported. (The Associated Press’ crib sheet is a good place to bone up on the facts.) Comcast CEO Brian Roberts said on a conference call this morning that “We have no grand plans” to take away the free NBC TV shows on Hulu. NBC execs have said they’ve been considering the idea of Hulu subscriptions on their own.

Even if it happens, why is that bad? I’d gladly pay to get rid of the commercials.

The trick to understanding this deal is to get past the please-click-me headlines being written about it today. PC World columnist David Coursey, for example, leads with “The FCC should stop this deal” because it’s “bad for net neutrality.” Keep reading, though. Coursey eventually concedes about his worst-case scenarios, “I know this is extreme and I am not predicting it will happen.”

Two decades ago, when GE bought NBC, the sky-is-falling cries were a lot louder. NBC’s star talent at the time, talk host David Letterman, got himself thrown out of the GE headquarters lobby on camera. The 1992 movie Bob Roberts included a thinly-veiled dig at GE for buying a TV network to control public information and opinion on, among other things, its military contracting business.

Now, NBC Universal has a chance to be owned by a parent company whose core business is media distribution, rather than nuclear power and microwave ovens. Sounds like a good idea to me.