Final Fantasy 7 sucks tremendously. I know that there are plenty of hardcore fans that say it is the greatest Japanese Role Playing Game (JRPG) of all time. Let me counter that argument first by saying, I am right, and you are wrong. Now before you get all defensive on me, let me explain why its sucks bearing in mind that years of Squaresoft-induced rage have influenced me to write this article using a passive-aggressive tone. Many people that like Final Fantasy 7 do so because it was the first JRPG that they ever played. If you played Final Fantasy 4-6 first, you would hopefully realize that they are better games with better character growth systems, better stories, and even though the graphics are not as advanced I think they hold up better over time. If you play them and still think Final Fantasy 7 is the greatest, you shame me. Face the corner of the room and stand there in silence. Please remain in that position for the rest of your life. 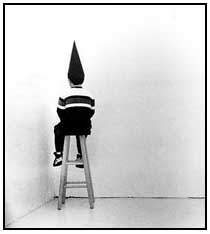 The battle system and story are the most important elements of a JRPG. It bothers me that Final Fantasy 7 fails to add anything meaningful to the Active Time Battle system already used in Final Fantasy 4-6, other than the change that they made to the length of summon spells. I cast Bahamut Zero for the first time when I was in high school, and when the cut scene was done playing, I was 46 with arthritis and a swollen prostate. Don’t get me started on the use of save points and random battles, JRPG mainstays that exist only to waste my time. I have plenty of better things to do, like attending World of Warcraft conventions, staying indoors to maintain my pasty complexion, and writing sarcastic yet brilliant articles for Bitmob.com.

Then there’s the Materia system, which essentially lets you give any ability to any character…an idea which was executed far better in previous games such as Final Fantasy 5. I am outraged that the Materia system attempts to hide the lack of progression in a workable but overused battle system, but  Final Fantasy 7 illustrates an even bigger problem that still exists in many modern JRPG’s: the story sucks and the characters are terrible.

Cloud, the main character in Final Fantasy 7, is a sword-wielding, spiky-haired hero that suffers from amnesia. Imagine that. Let me be clear: after Planescape: Torment and Memento, there was no reason to use amnesia ever again in a story. It is the most overused plot device in JRPGs and it’s just getting silly at this point. Also, please direct your attention to his name: Cloud Strife. His name is half hippie, half emo, and all lame.

The other characters are clichés as well. Barret is a clone of Mr. T; Cid is a clone of every other Cid in a Final Fantasy game; Aeris is the girl whose magic powers will determine the fate of the world; Cait Sith is the bizarre anime character that has no place in the story. I could go on, but there is one particular character that requires a closer look. I am referring to the worst character to ever grace a video game, Yuffie.

Why do I hate such an adorable, fun loving ninja? First of all, her name is Yuffie. Second, ninjas are neither fun loving nor adorable! The only things that make ninjas happy are infiltration, wanton carnage, and the taste of their enemies’ blood. Yuffie is portrayed as the stereotypical anime chick that jumps up and down screaming “Ya-ta!” in a perversely happy state that makes me want to vomit. Most importantly, she is the first ninja to ever suck. Ninjas are inherently awesome and can be put it any setting to make it cooler. Imagine if you added ninjas to The Bridges of Madison County and they just started chopping up Meryl Streep’s character with a katana blade. That would be hella cool. The point being, ninjas remain awesome in spite of their lame surroundings; Yuffie is the only ninja to ever break this tradition. In fact, several scientific studies have proven that even the American Ninja is approximately 8 billion times cooler than Yuffie.

Having suffered through the worst character designs ever to grace a Final Fantasy, you would hope that the story would carry the game. Not so. I will now summarize the plot for you in a highly accurate fashion while taking great care to maintain the integrity of its intricate storyline.

Cloud has amnesia and he’s totally lame. He lives in a technologically advanced, steam punk setting, and blows up some stuff. Upon leaving this highly futuristic city, he finds that the entire surrounding world looks like a generic Final Fantasy countryside. It’s like leaving the dystopian setting of Neo Tokyo and winding up in Tennessee for the rest of the game. 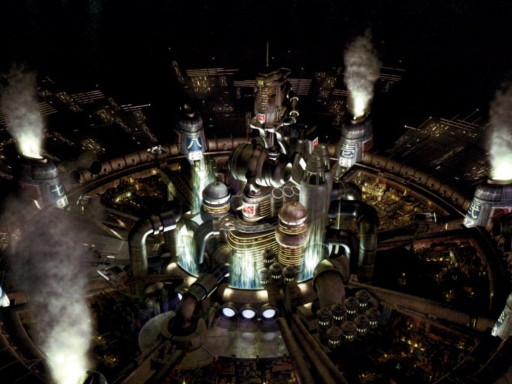 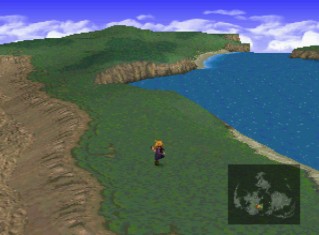 So Cloud meets Sephiroth, who is also emo. He tries to listen to Blink 182 to calm down but is still filled with teen angst towards Mom and Dad. To get back at them for being mean, Sephiroth arbitrarily burns down a village and summons a meteor. Your party member Aeris decides that she is going to use the power of love to stop him, and gets stabbed in the face for saying stuff like that. In a scene that is not touching at all and is poorly executed, she dies. Whoops, I should have put a spoiler alert for that, but you can’t ruin a story that is already bad. Cloud forgets to cast resurrection on her because he has amnesia. Then Cloud kills Sephiroth and saves the day. There are some other characters in there that are of no importance to the story, none of which are named Yuffie. Even if there was a character named Yuffie in this story, she would be too lame for me to acknowledge her existence. Oh I forgot, Cloud thinks he is some guy named Zack for no apparent reason. Fin.

Now you hopefully understand why Final Fantasy 7 sucks. If you still think Final Fantasy 7 is a good JRPG after my amazingly well-written and compelling article, let’s not be friends, ever. If you have a counter-argument explaining why Final Fantasy 7 is good, please deposit it in the nearest trash bin. I won’t be able to read it since I will be too busy playing Fallout, Dragon Age, and Knights of the Old Republic.