Google has filed suit against several companies that are using Google’s name to trick thousands of online users into forking over their hard earned money, including a company called Pacific WebWorks.

In addition to legal action, Google continues to take other steps to help prevent consumers from being deceived, including removing scammy URLs and disabling AdWord accounts. But, the real prevention is education for online users. Stay away from tag lines like “Use Google to Make 1000s of Dollars!” or “Easy Cash with Google: You Could be Making up to $978 a Day Working from Home!” Also, just because they use Google’s name or logo, doesn’t mean they are endorsed or legit. For more tips from Google on how to spot a scam online check out this earlier post.

The problem here is that Google has such a strong brand, that people trust it. And they appear to be suspending common sense when they see its name associated with products. But just like you’d be hesitant to give a stranger on the street your ATM card and pin, you should do the same online — even if the stranger calls itself Google. 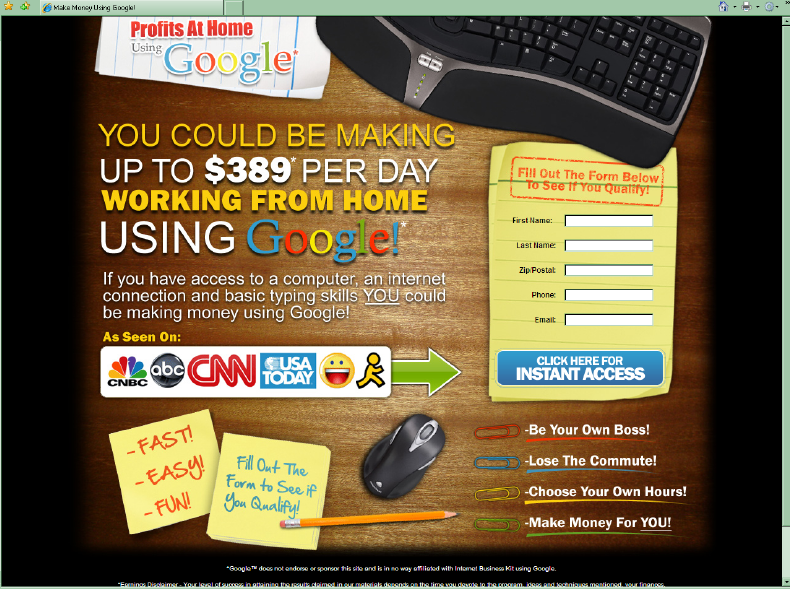