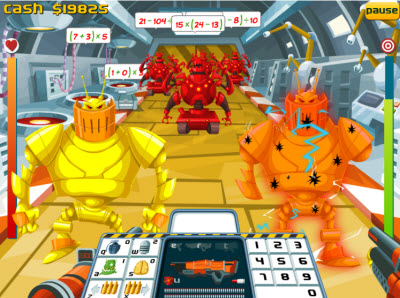 The launch comes on the heels of the company’s successful debut of a web site for the United Kingdom. It’s part of a growing attempt to engage kids in normally boring subjects by making the content more fun. This free site is aimed at kids in grades five through ten. To level up in the game, the students need to solve increasingly complex problems.

The site is the brainchild of Toby Rowland, co-founder of King.com, which has become one of the world’s largest casual game portals. He partnered with mathematicians, including Marcus du Sautoy, mathematics professor at the University of Oxford.

Rowland started the Henderson, Nev.-based company after observing millions of players hone their game-playing skills at King.com. There, he realized that if the same motivation and stimulation could be brought to math education, it could sharpen the skills of students. So far, the site is in use in schools across the United Kingdom, and trials are underway in Tennessee, Nevada, Missouri, and New York.

The company hopes to make money from premium subscriptions to features such as the ability to tap thousands of problems that are suited for a particular child. 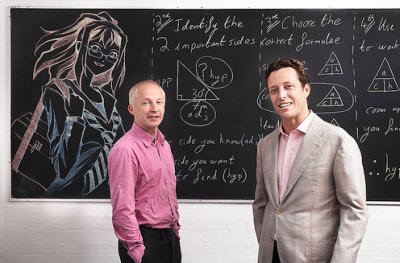 Rivals include Pearson, which operates a third grade to fifth grade site called Funbrain. Others include Mathletics.com, Raytheon’s site for kids, Coolmath4kids.com, Moshimonsters, and Playfish’s Facebook game, Who has the biggest brain?

The company was founded earlier this year and has 19 employees. It is self-funded by Rowland, who has invested seven figures in the company.

Here’s MangaHigh’s description of its seven original math games launching with the site:

1.  TranStar – guide TranStar through outer space in search of a new home with the help of a StarGate. Players hone their geometry skills though the exotic space transformation phenomena as they reflect, rotate, translate and enlarge TranStar out of danger.

2. Ice Ice Maybe – help penguins migrate across an ocean patrolled by hungry killer whales. To assist in this perilous journey, estimation and approximation skills are used to position floating icebergs that help penguins bounce to safety.

3. Save Our Dumb Planet – protect Earth from meteors and other space hazards by using algebra skills to calculate accurate trajectories for a planet-saving surface-to-space missile. Players use algebraic substitution, indices, coordinates and graph-plotting to plan their missile flight paths, leading them through linear, quadratic and, eventually, cubic equations.

4. Flower Power – grow and harvest valuable and exotic flowers to build your own horticultural fortune. Players develop their knowledge of fractions, decimals and percentages, with beautiful results.

5. Pyramid Panic – help a prematurely entombed mummy escape from a pyramid in ancient Egypt by solving geometry puzzles to exit a burial chamber. Players work with simple puzzles involving areas and lengths of rectangles, triangles and kites before moving onto more complex applications of the Pythagorean Theorem, to the ultimate challenge of solving problems involving trigonometry.

6. BIDMAS Blaster – Professor BIDMAS’ roborators have run amok and need to be destroyed. In this fast-paced action game, players practice their skills with brackets, indices, division, multiplication, addition and subtraction.

7. Mangahigh’s most powerful game is Prodigi, a mathematics learning engine that features thousands of math problems with solutions and hints that adapt to each student’s ability and learning speed. Students, teachers and parents can customize Prodigi by skipping items that have already been mastered in the classroom, or focus on areas that need specific attention. If necessary, students can learn using Prodigi independently away from school, as it guides the student through the math curriculum in a logical, teacher-friendly order.