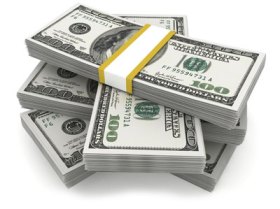 It’s unclear how many of the Solana Beach, Calif. company’s employees will be willing to sell. The company has already raised $41.3 million from Sequoia’s acquisition of common stock. Whatever the deal amounts to, it will close by Dec. 29. Service-now hopes the opportunity will convince employees who endured leaner times to stick around for a potential public offering sometime in the next 18 months.

Facebook’s decision to allow its employees to sell up to $1 million worth of Facebook stock (or 25 percent of their vested shares) seems to have broken the seal on this concept. It proved so popular at the social network that the amount employees wanted to sell exceeded the $100 million that investor Digital Sky Technologies had offered to spend.

Now workers at other startups in Silicon Valley and elsewhere are starting to demand the same treatment — especially those who have been asked to forego salary and work long hours to keep shaky businesses alive in early days.

Soon afterward, firms like Industry Ventures and Millennium Technology Ventures said they were open to facilitating this type of program. This is the first time Sequoia has participated in this kind of deal, but it might be indicative of more to come.

An online tool called SecondMarket has also cropped up to help employees and other stakeholders in private companies connect with share buyers. The site has brokered more than $50 million in these type of deals, skimming a nice commission off the top of each. Though it turns out that startups themselves prefer official programs through investment firms because they retain more control and can limit valuation changes.

Even though these sorts of transactions have been shown to improve morale and employee loyalty, not everyone is as enthusiastic as Facebook and Sequoia. If it becomes common practice for startup workers to cash out early, and too many start to do it, investors might take it as a sign than valuations are about to drop, or that a company is circling the drain.

Service-now, at five years old, anticipates a liquidity event in the next 12 to 14 months. With about 2,000 clients, it has been backed by $54.9 million in capital from undisclosed investors in addition to Sequoia.