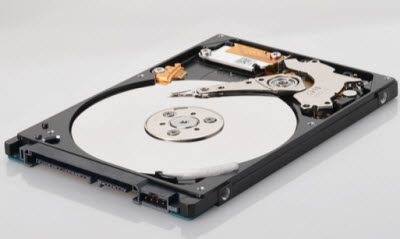 The device can also be used in backup devices and consumer electronics gear. The drive is wafer-thin at 7 millimeters in height, about 25 percent smaller than the traditional 2.5-inch laptop hard drives that are 9.5 millimeters thick. Seagate says the small drive will enable a new breed of entry-level thin laptops.

About 90 percent of netbook computers — smaller than laptops and meant for cruising the web — currently use 9.5-mm 2.5-inch laptop drives. That’s because the smaller 1.8-inch hard drives and solid state flash memory drives are too expensive for the market. The Momentus Thin drive can rival other laptop drives in performance and power efficiency. It is available in 250 gigabyte and 160 gigabyte capacities. It includes an eight megabyte cache, a Serial ATA 3Gb/second interface and a 5400 RPM spin speed. It will ship to customers in January.