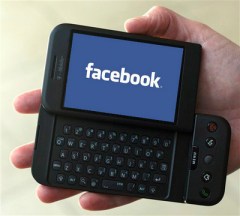 Facebook for Android just got a whole lot better — Facebook has released an update to the Android version of its application, making it almost as good as its offering for the iPhone. The one feature still lacking: the ability to send or receive messages on Android phones.

Marissa Mayer ties the knot — Google’s glamorous vice president of search married entrepreneur Zach Bogue on Saturday on San Francisco’s Treasure Island while clad in a snowflake lace gown. For the first time ever, we refer you to Vogue for full details.

Amazon snags rights to Covey’s books — Renowned business author Stephen Covey has given Amazon and its burgeoning e-reader business an early Christmas gift, shifting the rights to his best selling titles from Simon & Schuster to a digital publisher that will make them available for the Amazon Kindle in the next year.

Microsoft removes MSN China site — The internet giant has taken down a microblogging web site on its MSN China property called Juku after startup Plurk accused it of lifting code from its service. Microsoft is investigating the issue. CNet has more.

The Pirate Bay leaks the Boxee beta — The streaming video service’s new version, with a swanky, revamped user interface is now available for download on the torrent site ahead of its official release. Gizmodo broke the story. 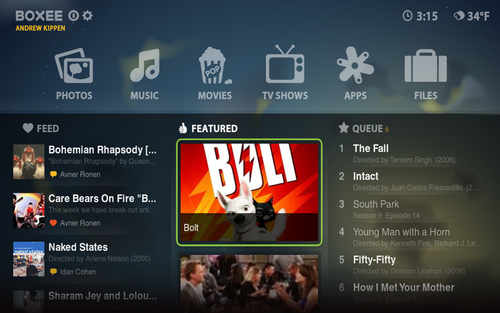 Khosla finally invests in wind — Khosla Ventures has made its first investment in wind power, leading a $13.2 million late-stage round for Danotek Motion Technologies, maker of electrical generators for wind turbines that is also backed by General Electric.

LinkedIn makes it easier to find people — The professional networking site has upgraded its search platform to include more filters than ever, making it easy to find the candidates businesses are looking for according to work histories, schools and relationships.

Verizon introduces Media Manager for mobile — The carrier has launched a new software tool that allows users to more easily share photos, videos and other rich media between their phones and computers using only a USB cable.

General Motors turns cars into Wi-Fi hotspots — General Motors says about seven models in its Cevrolet line can be converted to support a 150-foot radius of wireless by having a dealer install full internet access. Read more here.