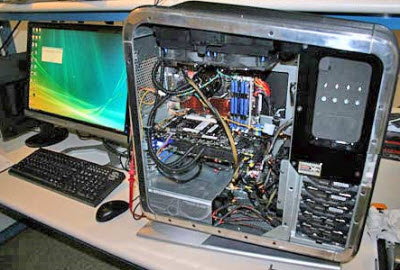 Liquid cooling used to be the domain of supercomputers and computer gaming freaks. But as graphics chips and microprocessors become more powerful and power hungry, liquid cooling may have a real future.

That’s the bet of investors who have put $8 million into Asetek, a liquid cooling vendor in both the enthusiast computer market as well as the broader computer market.

The company has appointed Sam Szteinbaum, a former Hewlett-Packard executive, as its chairman. Andre Eriksen is chief executive of the company, which has been around since 2000. In 2006, the company shifted from focusing only on the game market to providing cooling solutions to general computer makers.