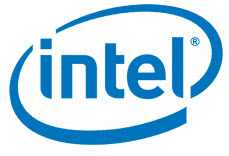 Intel settled its long-running feud with Advanced Micro Devices, but now it faces a new antitrust complaint from the Federal Trade Commission. The FTC sued the world’s biggest chip maker today, accusing it of using its dominant market position to stifle competition and strengthen its monopoly for the past decade.

The complaint covers not only the market for microprocessors, but also graphics chips. It alleges that Intel blocked rivals from selling their chips by cutting off access to the market. The move shows that, under the Obama administration, antitrust enforcement is going to be aggressive.

“Intel has engaged in a deliberate campaign to hamstring competitive threats to its monopoly,” Richard A. Feinstein, director of the agency’s Bureau of Competition, said in a statement. “It’s been running roughshod over the principles of fair play and the laws protecting competition on the merits.”

The commission is seeking to stop Intel from competing unfairly by using threats, bundled prices, or other offers to encourage exclusive deals or manipulate prices. Intel has long maintained that it has done nothing wrong and that consumers haven’t suffered, but in its settlement with AMD it agreed not to do a number of things that AMD had complained about. Intel also paid AMD a total of $1.25 billion as part of the settlement.

Intel has been fined $1.45 billion by the FTC, it has dealt with regulator complaints in South Korea and Japan, and the New York attorney general also filed an antitrust suit against it last month. The FTC case not only applies to Intel’s dealings in microprocessors, but also in chip set markets that have affected graphics chip maker Nvidia.

The FTC said that Intel used exclusive or restrictive dealings to force HP, IBM, Dell and others to buy chips from Intel and limit their purchases from competitors. The FTC did not specify an amount of monetary damages, although it could seek to force Intel to disgorge any ill-gotten profits in court.

In one new allegation, the FTC said, “Intel secretly redesigned key software, known as a compiler, in a way that deliberately stunted the performance of competitors’ CPU chips. Intel told its customers and the public that software performed better on Intel CPUs than on competitors’ CPUs, but the company deceived them by failing to disclose that these differences were due largely or entirely to Intel’s compiler design.”

Regarding the graphics chip market, the FTC said, “Having succeeded in slowing adoption of competing CPU [central processing units] chips over the past decade until it could catch up to competitors like Advanced Micro Devices, Intel allegedly once again finds itself falling behind the competition — this time in the critical market for graphics processing units, commonly known as GPUs, as well as some other related markets. These products have lessened the need for CPUs, and therefore pose a threat to Intel’s monopoly power.

Intel has responded to this competitive challenge by embarking on a similar anticompetitive strategy, which aims to preserve its CPU monopoly by smothering potential competition from GPU chips such as those made by Nvidia, the FTC complaint charges. As part of this latest campaign, Intel misled and deceived potential competitors in order to protect its monopoly. The complaint alleges that there also is a dangerous probability that Intel’s unfair methods of competition could allow it to extend its monopoly into the GPU chip markets.”

“We applaud today’s action by the U.S. Federal Trade Commission,” Nvidia said in a statement. “We are particularly pleased to see scrutiny being placed on Intel’s behavior toward GPUs, which have become an increasingly important part of the PC industry. We are reviewing the FTC’s filing and expect to release a comment later today.”

The FTC filed the complaint under section 5 of the Sherman Antitrust Act, a relatively little used part of antitrust law. The FTC last sued Intel for antitrust violations in 1998, but the parties settled that case on the eve of trial. Intel called the complaint “misguided” in a statement.

Intel senior vice president and general counsel Doug Melamed added, “This case could have, and should have, been settled. Settlement talks had progressed very far but stalled when the FTC insisted on unprecedented remedies — including the restrictions on lawful price competition and enforcement of intellectual property rights set forth in the complaint — that would make it impossible for Intel to conduct business. The FTC’s rush to file this case will cost taxpayers tens of millions of dollars to litigate issues that the FTC has not fully investigated. It is the normal practice of antitrust enforcement agencies to investigate the facts before filing suit. The Commission did not do that in this case.

Feinstein denied that the FTC didn’t fully investigate the graphics chip part of the case, even though it involves recent events. “In a call with reporters, he said, “I’d like to think that monopolists are aware of our ability to take them on. I think this is a signal to monopolists that the FTC is alive and well and vigorous.