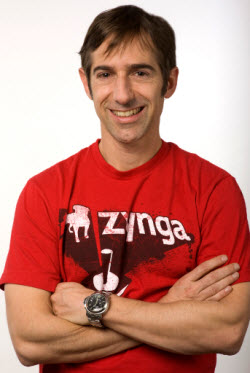 Mark Pincus is at the center of the social gaming explosion. The chief executive of Zynga has the most popular games on Facebook, and he just raised $180 million from Russian investor Digital Sky Technologies. Since early 2007, Zynga has ridden Facebook’s success and created the most popular games on the social network, from FarmVille to Cafe World.

Yuri Milner is chief executive of DST, which has invested in Facebook and a number of other gaming, social network and Internet companies in recent years. We talked with them about the deal this morning.

VB: What was the timing on this deal?

YM: We first met a few months ago. We had discussions and it really accelerated in the last couple of months.

VB: The valuation of Zynga is quite high. How did you come to an agreement on the value of the company?

YM: I don’t think we can comment on the exact number. High or low is a relative thing.

VB: Can you explain from your point of view, why Zynga is a valuable company? 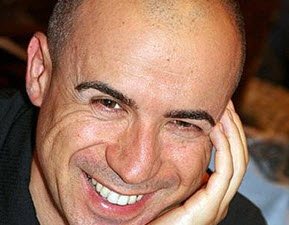 YM: We have obviously done our due diligence. We have looked at our own forecasts and the company’s forecasts. We feel very comfortable with the deal we have. That is supported by other participants in the investor consortium. We put a price on certain intangibles, like the quality of the team, the leadership position in the sector, and obviously the amazing growth of the business. From the time we started talking to the point where the deal was signed, the company grew up a few dozen percentage points on all fronts. That was quite a spectacular growth we have seen. All those things factor in the valuation.

VB: Mark, does this put off a need for an initial public offering? Did you prefer to do this instead of going down the IPO road for now?

MP: Dean, you and I have had good conversations going back over a year now on how social gaming is evolving. I really liked a story you wrote a year ago on how the space was promising but didn’t want to get ahead of itself. The approach we have taken with building the company and trying to be a participant in social gaming becoming an industry was to work really hard on the product front and the infrastructure and the growth. We did not want to let the media and buzz get ahead of itself. We did not want the company to get ahead of itself on the financing front. What we have done is along the way tried to partner with high-quality, smart investors who added to the DNA of the company and supported our long term vision and shared it. All the investors have done it before in their own way. The leaders have nothing to prove. Whether it is Kleiner Perkins or Marc Andreessen or DST. There are groups that are ready to go for it and they want to see us go for it. That has been important to have that foundation. With regard to an IPO, it didn’t feel like that was going to accelerate our next four quarters of product and people growth. There are things about being public that can hamper a team’s ability to execute before they are ready for it. This route was a no brainer.

YM: We basically subscribe to view that an IPO has to be business-driven and not liquidity-driven. We have seen some companies go public just because certain employees and investors want to cash in on the success of the company. There are other ways to provide this liquidity without the distraction of the IPO process. [Employees are able to sell some of their vested shares in this deal]. Only when a company is ready to go public and needs some kind of currency to do M&A or is otherwise ready, then it makes sense. This transaction is similar to the prior Facebook transaction we did that had the same logic.

VB: Mark, what was good for you about choosing DST as such a big investor here?

MP: When we met DST and got to know how they are made up, and how they are approaching the market, we saw them as really a unique kind of investor and partner that we had not found in the market. They are a perfect kind of investor for us because they are not a fund. They don’t have money with a time frame on it [where investors have to cash out soon]. And they act as participants in the market. The fact that they had been actively involved in running consumer web companies in Russia meant they came in with this empathy for what it means to go after the consumer business. At every point, even before we were officially partners, I felt comfortable talking about all the realities of the business. Nothing surprised them. One example was when we went through the controversy on the offers. We decided to do what was right and take all offers down until we could guarantee the quality of them. They applauded it and said that was exactly right and it increased their conviction that we were long-term focused. They were not nervous that we were removing near-term revenues.

VB: Can you guide us on some numbers? The New York Times story had details. They said revenues would be over $250 million and they estimated the valuation at $1.5 billion to $3 billion.

MP: They came up with that on their own. We did not guide them in any way. We happily remain private on any financial figures.

VB: You seem very close to Facebook now, not only with a common investor but a common board member with Marc Andreessen. Is that intentional or coincidental?

MP: I wouldn’t call it intentional or coincidental. It’s logical. We didn’t seek out Marc or DST. We met them and found them to be kindred spirits. Those parties are big believes in Facebook because they believe in social media. They saw casual content as the next logical extension of their investment thesis. I think the analogy is the cable TV business, where you saw companies invest first in the cable networks and then the channels on them.

YM: We have made a few investments prior to this one that provided to us significant comfort. Some were made in Russia. We invested in four gaming companies in Russia in the last three years. We saw the emergence of the gaming companies in the Russian-speaking world. We invested in five social networks prior to investing in Facebook. On the other hand, we have seen certain trends. Russia is in the middle of the East and the West. The Ural mountains are the border between Europe and Asia. We sit on border and see what has gone on with both sides. We saw the emergence of micropayments and virtual goods models in China a few years ago. This business model came to Russia two years ago. We saw it in the U.S. in the last couple of years. We saw the trends early on and felt it was a natural thing for us to make this investment, having done these investments in the last couple of years.

VB: Electronic Arts bought Playfish [for as much as $400 million]. Did that figure into your thinking on this investment, Mark?

MP: Not really. We were in conversations with dst prior to knowing about the EA-Playfish transaction. This made sense for us. We would have liked it to be in the running to acquire or merge with Playfish. If our timing were different and we would have done this deal a quarter earlier, we might have been in a better position there.

VB: Mark, how do you describe Zynga’s success? You have ridden the coattails of Facebook better than anyone else has. What are some of the most critical moves you made?

MP: We were the first company to believe in the social gaming opportunity and go after it with our poker game in July, 2007. Everybody else was focused on viral apps like pokes and other things that spread more virally. We were always interested in just the gaming opportunity. By the time we saw it was real and had a sustainable revenue stream, we were the first to start investing deeply in it. We were profitable when we raised our first round of venture money in the fall of 2007. It was the same when we we raised our second round in June 2008. We did a $30 million-plus round then so we have this big capital base we could expand with. We are the biggest macro bet on social gaming on the web and that is continuing.

Within it, we have had some good ideas. We have tried to innovate against the experience. I also think a key to our success is being ruthless about killing marginal games and moving our best people to best opportunities. We moved to franchise concept and studio concept by Q2 of last year and with that we were the first to move to running the game as a service. Before that it was fire and forget for the whole game industry. Even in social gaming, you can look at why did our Mafia Wars beat Mob Wars. Mafia Wars came out nine months later. We had 40 people on it. We would add features four or five times a week. Others competing with us were more cottage businesses and didn’t invest as much. Look at FarmTown. Something happens around 3 million daily active users. You hit ceilings. You have to be a real company with customer support, deal with fraud and payments, and all of those things force you to decide if you will double down and make an investment for the long term. Your management hassle goes up and you have a lot of employees. At the beginning, we knew who we wanted to be as a long-term company. There was no question we would be a long-term company.