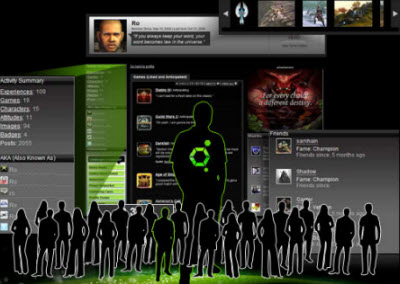 Combining its gamer news site with a social network, Crispy Gamer Media said it has acquired GamerDNA for an undisclosed sum.

Cambridge, Mass.-based GamerDNA was founded in 2008, and it raised $3 million in venture capital from Flybridge Capital Partners. But it is probably better off under the wing of Crispy Gamer. GamerDNA was building a social network for gamers, allowing them to take their Xbox Live achievements and share them with the rest of their friends. GamerDNA had some interesting ideas for how to get gamers to discover new friends and games. But it has been overshadowed by Raptr, which raised $12 million for much the same purpose. Raptr has cut its own deal with game news and review site GameSpot.

Crispy Gamer already has a big audience of gamers, but it could benefit from this deal too. The site offers news and reviews of games, but the social network will likely make it stickier. Both the Crispy Gamer and GamerDNA properties belong together in the sense that they both influence gamers to buy games.

“We at Crispy Gamer Media are very excited by the strong community built around the GamerDNA platform and are looking forward to integrating the two companies as quickly as possible as we head into 2010,” said Chris Heldman, chief executive of Crispy Gamer. “GamerDNA’s features are the perfect complement to the premium editorial content and community features at Crispy Gamer, and the combined Crispy Gamer Media company will immediately deliver the reach that advertisers seek when targeting the male, 18-34 demographic.”