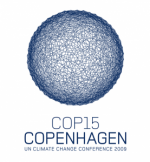 World leaders finally emerged from cloistered negotiations, only to have President Barack Obama announce a deal falling far short of even people’s low expectations for the U.N.’s Climate Change Conference in Copenhagen. Despite the U.S.’s strong presence early in the proceedings, its refusal to depart from its own carbon reduction targets might have killed chances of an aggressive treaty before debate even began.

The deal postpones an international treaty to the end of 2010 — opening it up to months, if not years more of delay before specific emissions targets can be reached and enforced. This accord has yet to be approved by the 193 countries in attendance, and many top leaders have already jetted out of town. Talk about anticlimactic.

Reactions to the news have been varied — but everyone seems to be dissatisfied with the outcome. While Obama tried to put a positive spin on the announcement, arguing that it was meaningful for nations to be rallying around the issue, period, many fear what this will mean for future efforts to control climate change. Venezuelan president Hugo Chavez even inferred that Obama is the devil.

Obama has drawn a lot of fire for his role in the talks, which is somewhat unexpected. When he first said last week that he would be attending the final negotiations at the conference, people started to get excited, hopeful that the U.S. would make magic happen. These suspicions were backed up with the subsequent endangerment ruling from the Environmental Protection Agency, declaring greenhouse gases a threat to human health. It appeared, briefly, that the U.S. had its game face on, even though climate change legislation had stalled in Congress.

But once there, the president made it immediately clear that he would not be departing from the country’s previous offer to reduce greenhouse gas emissions by 17 percent below 2005 levels by 2020. Other countries, particularly in the E.U. and even China and India were expecting more than this. A lot of the debate in the final days in Denmark centered around getting the U.S. to change its tune, until finally it ran out of gas.

There was a chance, at one point during the closed-door talks, that consensus had been reached for emissions reductions of 50 percent by 2050, with developed nations carrying the burden of decreasing emissions by 80 percent during that time. But those points were eventually pulled off the table.

But what does this mean for climate policy in the U.S. and its impact on green entrepreneurs and investors? The biggest concern is that the Kerry-Boxer climate bill pending in the U.S. Senate will be a casualty of Copenhagen’s failure. Republicans are sure to capitalize on this point to let the air out of the bill, which would set a carbon cap-and-trade system in motion and set ambitious emissions reduction goals. Already, the bill has been postponed till the spring, and it chances aren’t looking good.

If climate change proposals fail both on the world and national stage, the concept of cap-and-trade might be dead in the water as well. Opponents have been very successful in arguing that such a system would hurt already weak economies around the globe, spurring further unemployment. But a drastic shift away from cap-and-trade could take a serious bite out of carbon tracking companies like Hara, Carbonetworks and Picarro. It could even slow smart grid efforts, and initiatives by utilities to clean up their acts. If there’s no impetus and corresponding financial model to cut emissions, few people will.