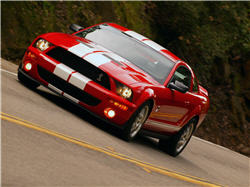 In-car Wi-Fi hotspots aren’t new. Chrysler rolled out in-car service by Autonet in August 2008 without getting much attention; Cadillac followed, and Chevy will add it to some models. But at $500 for the router, and $30 per month for wireless data service capped at 1 gigabyte per month, Autonet seems likely to put off many potential buyers. (Gizmodo reviewed an Autonet unit and found it expensive and slow.)

Today, Ford announced that some of its models in 2010 will also have Wi-Fi hotspot capability, but the company’s taking a different approach. You need to know some background first: Ford already has an option called Sync, developed with Microsoft, that allows drivers or passengers to jack their music players and cellphones into a Windows-powered console to control their music and phone through the steering wheel, the radio controls, or voice commands. 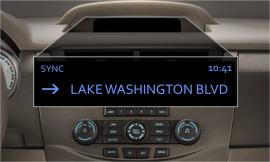 Next year, Ford will update Sync so that customers can plug in their own USB mobile broadband modem. The Sync system in the dashboard will broadcast a Wi-Fi network throughout the car that connects to the Internet through the customer’s USB modem.

That gives customers more options for service providers that might provide better connectivity than Autonet.

At first glance, Ford’s bring-your-own-modem method seems cheaper. The price of the Sync system is built into the price of the car. USB modems are now down to around $50 with a service plan. But the service plans eat into the savings: Verizon charges $40 per month for a 250 MB plan or $60 monthly for a 5 GB plan.

The bigger issue is: Which modems will work with Sync, and which won’t? And will wireless carriers let drivers unplug the modem from their laptop and dock it into their cars? Unfortunately, while the idea is exciting, it’s the execution that will matter. Just as Gizmodo’s staff found their Autonet unit kept switching to a slower network, Sync drivers might learn that their Verizon card doesn’t work in the car or, more cruelly, that it works only sometimes.