Rich Wong looks ahead to 2010 — Rich Wong, partner at Accel Partners, sat down with Robert Scoble to provide a venture-eye view of 2010, covering trends in social media, real-time search, clean energy and who will come out on top between the iPhone and Android. 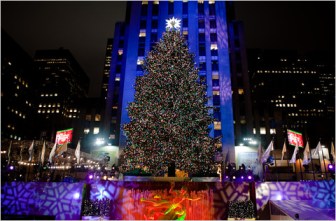 LEDs take over Christmas light market — Apparently, business is good for makers of holiday-themed light-emitting diode strings. Even the country’s most iconic tree at Rockefeller Center is decked in the energy-efficient decorations this year.

Typekit makes your WordPress blog pop — WordPress how now added Typekit fonts to its dashboard of Appearance tools via a plugin that asks for your Kit ID. This works whether you host your own blog or work on it through WordPress itself.

Facebook ups divorce rates? — Apparently the recent popularity of social networks, led by Facebook, has increased rates of adultery and subsequent divorce, according to a survey of law firms dealing with marital disputes.

Firefox ready for its mobile closeup — Mozilla will soon be offering its popular browser tailored to the mobile experience. It will first be available on Nokia’s N900 model, before spreading to many other devices.

Will GM’s new CFO be good for the Chevy Volt? — In an interesting move, Microsoft CFO Christopher Liddell has joined General Motors in the same capacity. There is now speculation that his knowledge of the internet and rapid-moving technology could lend some good ideas to the development of its new electric vehicles. 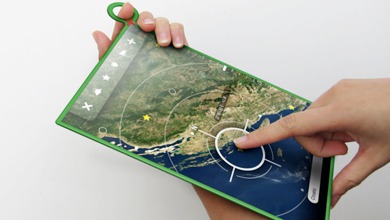 One Laptop Per Child could beat Apple to a tablet — The nonprofit striving to provide children in the developing world with affordable, useful computers, released designs for a tablet model called the XO-3. Will it beat the tablet that Apple may or may not be working on?

FriendFeed restores real-time tweets — Following Facebook acquisition of FriendFeed, it stopped bringing its users Twitter updates in real time. This hurt the service a lot, considering that the micro-blogging site accounted for a lot of the streaming content. Now this has changed, with FriendFeed registering tweets as they happen.

ReachLocal files for $100M IPO — ReachLocal, provider of tools for small businesses to market themselves online, filed with the SEC today for a $100 million public offering. With more than 500 employees and $147 million in revenue last year, it seems poised to succeed.

Comcast to pay $16M in P2P lawsuit — Two years after Comcast users started to complain about the company restricting broadband communications, especially for BitTorrent, a settlement of $16 million has been reached in the resulting lawsuit.