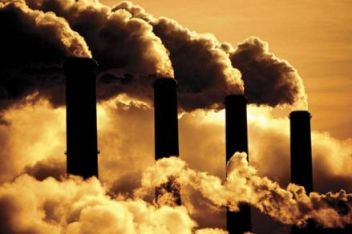 After months of work and speculation, the climate talks in Copenhagen have faded into dull disappointment. With world leaders promising only to revisit the issue of global warming before the end of 2010, real carbon reductions seem further away than ever — a sentiment reflected in a steep drop in demand for carbon permits around the globe, with prices plummeting nearly 15 percent.

This could be a major disaster for any future carbon cap-and-trade proposals. Now that prices have slipped from about $25 per ton to $12, countries that sold permits to others are scrambling to recoup expenses — especially those nations using permit proceeds to jumpstart their own clean energy industries. If price fluctuation causes a major disruption in world budgets, cap-and-trade will no doubt get a worse rap than it already has, spelling doom for the concept in the U.S. and elsewhere.

Without the U.S., China and India — three of the biggest emitters in the world — agreeing to carbon reduction quotas, permits seem to be an almost comic idea. If there’s no cap, then why should anyone trade? Even members of the European Union appear to be taking a more lax approach to emissions following the failed talks. The continent now says it will stay on track to cut emissions by 20 percent below 1990 levels by 2020, instead of the ambitious 30 percent originally pitched.

Falling permit prices are not just bad news for the countries trying to auction them off. They could seriously damage industries depending on these prices remaining high — including carbon tracking and accounting companies, and any firms working on clean energy sources, ranging from solar to wind to biomass to geothermal.

All of these sectors will not see major success unless governments have incentive to keep emissions figures low. Why invest a ton in solar if coal is so much cheaper and unrestricted? As in most areas of business, these incentives need to come in monetary form to make a difference. That’s the real strength of cap-and-trade: the application of market forces to an environmental problem. Unless countries see the opportunity to make money off of permit sales, they won’t take extreme measures to curb their own emissions.

Low permit prices on a global scale also imperil the Kerry-Boxer climate bill here in the U.S. The legislation, which would establish a carbon trading system and set limits on emissions, has been held up in the Senate for months. It probably won’t come to a vote until the spring, but if permits haven’t rebounded by then, there’s slim chance the bill will pass.

There is one bright spot in the U.S., however. With the Environmental Protection Agency ruling that greenhouse gases pose a danger to human health, the executive branch has more power to regulate emissions unilaterally. If the EPA can buckle down and truly enforce big emissions reductions, permit prices may start to go up, and cap and trade could become a more realistic proposition. However, whether or not the EPA has the muscle it needs to accomplish this is still in doubt.