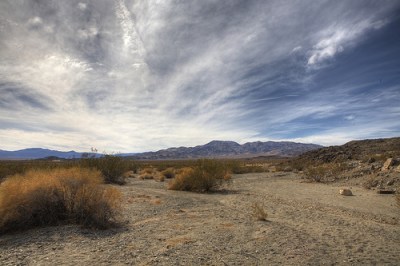 California’s Mojave Desert, some of the most coveted land for companies looking to build solar arrays capable of powering thousands if not millions of homes, may now be off-limits. Senator Dianne Feinstein has proposed the creation of two monuments on the land that would protect the natural environment and wildlife. It’s an interesting reminder that not all green technology is necessarily eco-friendly — but one that might be costly for the state.

Feinstein’s legislation has sparked some outrage from solar developers, including those owned by Goldman Sachs, which have several projects in the works in the region. These are formidable forces. With the Department of Energy bending over backward to help the solar and wind industries find their legs, and most Democrats pushing hard to encourage clean energy, it might be difficult for Feinstein to rally support around a counterproductive bill — even if it is designed to help the environment.

And it’s not just the solar companies and their supporters that could be hurt if the package passes. California stands to gain a lot in tax revenue and government subsidies if it can lure enough plants to the state. On top of that, it needs more of these facilities in order to hit its target of generating 33 percent of its energy from renewable sources by 2020. Sure, energy imported from neighboring states counts toward this goal, but they won’t carry the same economic benefits as in-state developments.

The move could also be a financial disaster for renewable generation companies that have already acted on expensive plans to build in the desert. Oakland, Calif.-based BrightSource Energy, for example, has already called it quits on a 500-megawatt plant in the Mojave, fearing that it would have to cease production anyway. When companies like BrightSource start to backtrack, they take jobs with them. Arguing that solar arrays don’t necessarily harm local species, these firms may still have to postpone construction plans — a scary prospect in a tight economy and capital intensive industry.

As a compromise, Feinstein says the bill would allow transmission lines to be run through the roughly 1 million-acre tracts of land included in the monuments. On top of that, one provision would force federal and state agencies to expedite approval of renewable energy projects on federal land. Whether or not these concessions will win supporters to Feinstein’s cause remains to be seen.

Feinstein pitched the bill after several groups applied to build solar arrays on land given to the state by the Wildlands Conservancy. So far, groups on both sides of the issue are displeased, with energy developers fearing restrictions and wildlife advocates feeling betrayed.