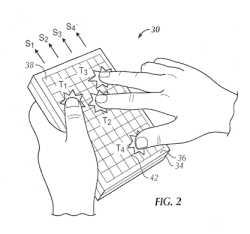 Talk of an Apple event in January has sent the company’s shares to an all-time high. Rumors that the company will debut a highly anticipated tablet were set ablaze again after The Financial Times reported that Apple had rented the Yerba Buena Center for the Arts for an event in January. Apple shares rose to $209.35, passing their previous high of $208.71. Boy Genius Report has further details on what the user interface might look like based on patent applications the company has filed. That new technology may cover what many iPhone critics have pointed out — tactile feedback!

Heyzap launches leaderboards. The company, which has described itself as the YouTube of Flash games, started offering developers an easy way to create leaderboards so that players can compete against their friends. 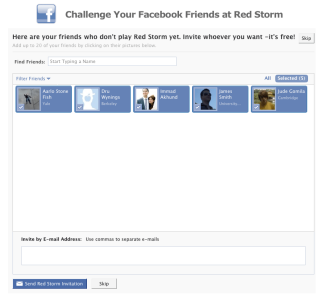 Is Google getting too much power in government? As more agencies and local institutions start relying on Google’s cloud-based software applications to handle everyday tasks, should there be regulation to limit the company’s ability to manage government data? Sherri Davidoff writes a thought-provoking essay on the topic:

“If Google (or an ISP) were to decide for whatever reason– economic, political– to cut us off from our data, governments using their services would be, well, Scroogled.

Speaking of cloud-computing, MIT’s Technology Review also did a survey for next month’s issue covering security concerns around the cloud.

Follow Santa on Twitter with the help of the North American Aerospace Defense Command. A holiday tradition since 1955, the military installation tracks Santa’s sleigh ride during Christmas Eve. They just recently started tweeting his whereabouts. NORAD has been doing this ever since a Colorado newspaper accidentally published their phone number as Santa’s contact in an advertisement more than fifty years ago. According to the Associated Press, when the first eager call came in from a child, a military colonel answered and played along with a booming “Ho, ho, ho!” because he couldn’t break the boy’s heart.

A backdoor way to get Google Voice onto the iPhone. Apple may have rejected Google Voice, igniting an government inquiry, but that doesn’t mean you can’t get it on your phone. The developers behind a similar app (which was also pulled when Google Voice was) have released a “Black Swan” edition, a web application that syncs with Google Voice and mimics the feel of a native iPhone app.