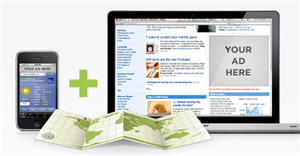 Small local businesses are different from big enterprises and Internet startups. They may not have anyone to sit around working out their media buys. They may not want to splurge on ad creation. But they do want to advertise to potential buyers who are nearby.

iPromote, which already operates a Web-based local ad network for small businesses, has extended its reach onto mobile phones. For a minimum of $5 per day, iPromote will serve ads to mobile phones near an advertiser’s place of business. The company serves both display ads, for which clicks aren’t counted, and cost-per-click ads where the advertiser only pays when a user clicks through an ad to their site.

Mobile ads today are a small percentage of the online ad market, but no one seems to doubt that they’re a guaranteed growth area. Especially if mobile ads prove more effective than outdoor advertising at getting shoppers to come in from the sidewalk.

Chief executive Michael Barr said in a prepared statement that this is “a tremendous opportunity for iPromote.” No argument there. What we want to know is how tremendous. 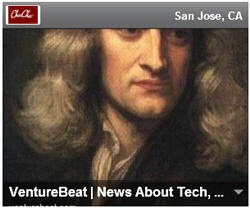 Meanwhile, if you’ve got time to kill over Christmas, give iPromote’s automatic ad generator a spin. Punch a URL into the box on iPromote’s homepage, and it will mix images from that site with pictures from a stock photography database to create both Web and mobile display ads. (Remember, these are designed to get a brand name in front of consumers, not to get them to click.) You can edit the result, the premise being that it’s easier than starting from scratch. We punched in venturebeat.com, and iPromote’s software put a ChaCha logo in place of ours, but we like the Guy From an Old Painting.

iPromote, headquartered in San Luis Obispo, California, was founded in 2003 and is privately funded. The company has an estimated 16 employees.