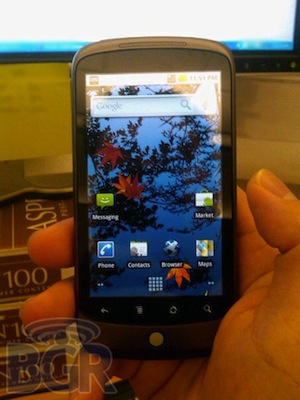 It looks like the Nexus One, a.k.a. the Google Phone, may go on sale in just a week.

Sources are telling TmoNews that you’ll be able to order the Nexus One directly from Google starting at 9am on Jan. 5. The site also has a screenshot from an internal T-Mobile site, which more-or-less confirms some previous reports: That Google is launching a new phone in early January based on its Android smartphone operating system, and that Google will be selling the device itself. T-Mobile, meanwhile, “will offer service support including billing, coverage, features and rate plans.”

We’ve also received an invitation to a Google Android press event in Mountain View, Calif. on the morning of Jan. 5. Now, that may mean that TmoNews is right, and that Google timed the press conference to coincide with the first sales. It’s also possible that these sources are confusing a press conference with the start of sales, and that the launch may come a little later. Or it could be none of the above.

Regardless of the exact details, it looks like the Nexus One is real, and it’s coming very soon. Besides being a big step for Google (since it will represent the search giant’s first direct sales to consumers), the Nexus One could also represent a substantial improvement on previous Android phones, since Google has more control in the creation of the device itself. A Google phone could also shake things up for mobile carriers, since customers won’t be locked into a contract with a specific carrier like T-Mobile or AT&T. 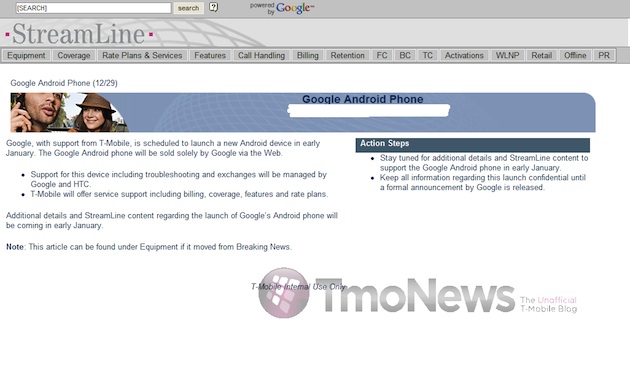