Considered by many to be one of the best fighter games ever released, Street Fighter III: 3rd Strike can usually be found in bargain bins and the occasional arcade booth. With Street Fighter IV re-kindling the competitive spirit in everyone, fans are left hopeful that previous iterations of the series will return. 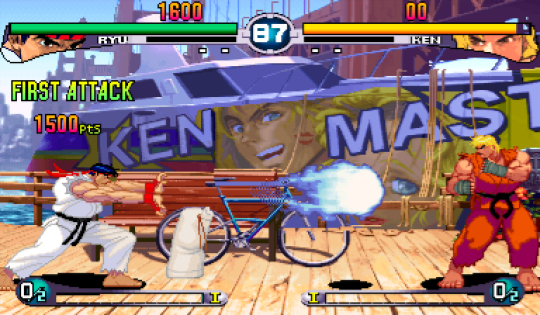 Lauded for its extended cast of new and classic fighters (such as Chun Li from Street Fighter II) and its re-vamp of the block/parry control system, 3rd Strike saw ample exposure to gamers during its heyday in mid-1999.

During a small Q&A session on Capcom’s Unity Boards, Vice President Christian Svensson responded to comments on a conceivable re-appearance of 3rd Strike on Xbox Live and the PlayStation Network.

How would I get a hold of [Street Fighter IV Producer] Yoshinori Ono to ask him, beg him, for a arcade perfect, downloadable version of Street Fighter 3 Third Strike for the PlayStation 3 and XBox 360? You guys re-released Super Street Fighter 2 Turbo HD Remix and Marvel vs Capcom 2, so how about one of the best fighters ever?
Sven: It’s not up to Ono-san so you’d be asking the wrong person.
The Capcom USA board would make that decision and such a project is more likely to be championed in our office rather than Japan given recent history (the two other projects you mentioned were championed by me specifically and produced in our our office). Unfortunately, there’s nothing new to discuss on that front at the moment.