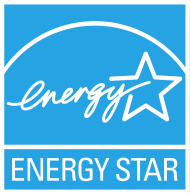 The U.S. Department of Energy has finally made good on its threat to take its Energy Star label off certain refrigerators made by Korean giant LG Electronics. The move is indicative of the DOE’s new, tougher approach to energy efficiency standards and certification.

In the last few years, the Energy Star name seemed to mean less and less. Apparently, after certifying certain products, the department failed to follow up with appliance makers to make sure that models bearing the label actually met efficiency specifications. A lot of unqualified products ended up being shipped with the Energy Star blessing — negating its ability to help consumers make eco-friendly choices.

The program, managed jointly by the DOE and the Environmental Protection Agency, finally audited its activities in October — probably leading to its decision to purge the LG refrigerators. As it turns out, makers of most household appliances, like fridges, washing machines, dishwashers and air conditioners, are able to present their results directly to the DOE to earn Energy Star certification. Whereas makers of eco-friendly windows and light emitting-diode systems have to have their data verified by independent bodies.

At this point, it wouldn’t be surprising if the DOE started giving every appliance this level of scrutiny.

On closer inspection, LG’s fridges fall short of the money and energy savings that they had promised when they first earned the Energy Star brand, the department says. By no small measure either. Apparently the fridges use about twice the power the company said they did.

LG hasn’t exactly accepted fault. Quite the opposite, it has turned around and sued the DOE, claiming that the department switched up the test it uses to qualify appliances for Energy Star. Regardless of the outcome, it’s nice to see the DOE and EPA taking a stand and using the recognizable Energy Star brand to truly reinforce its energy efficiency goals.