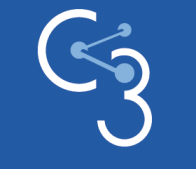 C3, a secretive company working on a new way to gauge carbon emissions footprints, has brought in $26 million of an anticipated $43.4 million third round of venture funding, according to a filing with the SEC.

Despite facing several key competitors in the space, including Carbon Trust, Hara and Carbonetworks, C3 already seems to be setting itself apart — recruiting heavyweights like former Secretary of State Condoleezza Rice and former Secretary of Energy Spencer Abraham for its board. The star power isn’t surprising, considering that the San Mateo, Calif., company was founded by Thomas Siebel — the man who sold Siebel Systems to Oracle for $5.7 billion.

This cast may already say a lot about C3. The combined intellect of the management team, which includes former Siebel executive Patricia House (one of Fortune’s 50 most powerful women), is surely impressive. But the tone is overwhelmingly conservative. As TechCrunch points out, Siebel was a major proponent of Sarah Palin during the election. That’s how conservative.

Considering that Republicans in the Senate are almost unanimously resolved to crush any climate bill that includes a carbon cap-and-trade system, emissions management doesn’t appear to be high on the party’s list. The right-wing has been vocal in its hatred for cap-and-trade, claiming that it will only hurt the U.S.’s already weak economy. So why does C3, a seemingly conservative company, look like it will be measuring carbon emissions for the express purpose of making a cap-and-trade system work better?

The only argument that seems to make sense is that C3 will be more focused on the energy security piece of carbon and emissions management. The presence of Rice on the company’s board also suggests that it will be more international in scope, which makes a security bent more likely.

But this prediction is inconsistent with comments made earlier this year by the C3 team suggesting the company would be developing enterprise software to help companies keep track of and reduce their carbon emissions. Still, it’s unclear why Rice, Abrahams and Siebel would be rallying behind a startup with such modest ambitions in an already crowded space. I guess we’ll have to wait and see in 2010.

The $26 million reported was raised in several chunks since the company’s founding in January of this year. The company has yet to disclose any of its investors.