(Editor’s Note: The Start-up Chronicles is a weekly feature giving an inside view of the trials of a bootstrapped start-up – The Cost Savings Guy. CEO and founder Bruce Judson is also the author of “Go It Alone!: The Secret to Building A Successful Business on Your Own” and a senior faculty fellow at the Yale School of Management.)

The end of the year is traditionally a time for reflecting on goals for the coming twelve months, as well as past mistakes you don’t plan to repeat.  This year I have found myself focused on the idea of reflection itself. 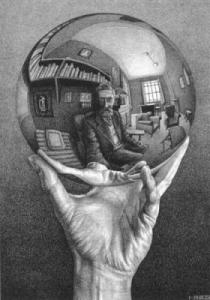 For a solo entrepreneur, taking the time to reflect on how your business is evolving is particularly critical. The daily effort to build the business can be all consuming. The desire to jump at each new idea can be overwhelming. And, it’s easy to feel productive by doing things that can take enormous amounts of time, even if they ultimately add little to your overall sales effort. The real question is whether this is time well spent or something that simply creates the illusion of productivity.

My belief in the need for reflection is sufficiently strong that I try to set aside one to two hours every day for some form of longer-term thinking and activity. These hours may involve participating in constant experiments or may involve a rigorous assessment of what I have learned in the previous few days or weeks (and what I am trying to accomplish now).

A regular consideration is whether I am spending my time in the most effective manner possible. It’s so easy to get off track that I’ve set rules for my daily behavior. For example, if a specific effort is taking me longer than a half-hour, I stop and reflect on the project. Am I overly concerned with perfecting something that is unnecessary? How much longer will this initiative take? Was I realistic in my original thinking about the time and energy involved for this effort?

Before I instituted these rules, I would often find that I might have a list of five things I intended to accomplish in a given day, and a day of seemingly solid work would pass without finishing the first task on the list.

At this time of year, all of this leads me to reflect on whether I am doing enough reflecting throughout my typical workweek.  The constant hum of new ideas and services on the Internet make it possible to literally spend months on a constant stream of new initiatives – each one appearing more promising than the next. Yet, it’s also possible that none of these efforts will ultimately add to the success of the business.

Ultimately, success requires extraordinary discipline. It’s not the discipline of hard work. (In our era, that’s almost too easy.) It’s the discipline that comes from strategic thinking, the strength to focus on your agenda and the ability to be absolutely ruthless in how you allocate your time.

Success also requires the discipline to be completely honest with yourself about what is (and isn’t) working. Optimism is a necessary trait for winning solo entrepreneurs, but it can easily translate into unfounded positive delusions. It’s critical to see your business environment as it is and as you hope to make it – not as you want it to be.

So, as I reflect in this season of reflection, I ask myself a few questions related to these issues:  How have I been spending the bulk of my time for the past few months?  Are there ways I could have significantly cut the time spent on these activities? If so, what would have been the relevant trade-offs? Am I acting through strategic insights rather than reacting to other forces? And will I recognize the opportunity to make these changes in 2010?

It’s easy to be busy. It’s hard to accomplish something.