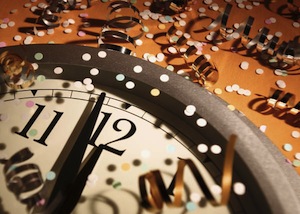 Here are our biggest stories of the year, as determined by you, the VentureBeat readers, and where you clicked. The list covers some of 2009’s most important products, announcements, and ideas, but also includes posts that fell squarely into the “just for fun” column.

We’re counting down to the most popular stories of the year:

10. 10 lessons from a failed startup (April 10) — Entrepreneur Mark Goldenson shares what he learned from the failure of his internet TV network for games. Hopefully that knowledge will help him with his new startup, BreakThrough.

9. New OnLive service could turn the video game world upside down (March 23) — Steve Perlman’s new company could transform the video game industry by allowing game computation to be done in distant servers, rather than on game consoles or high-end computers. So instead of buying games in stores, gamers could play them across the network — without downloading them.

7. Pictures: President Obama’s inauguration as seen from space (January 20) — These photos were taken by the GeoEye-1 satellite, which is known as the “Google satellite” because the company has permission to use some of its images for its Google Earth and Google Maps products. 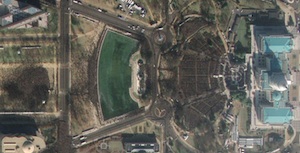 5. Droid, the phone that finally lets me cancel my iPhone; here’s why (October 19) — Based on early reports and rumors, VentureBeat editor Matt Marshall jumped on the bandwagon for Droid, the second generation phone using Google’s Android operating system. And if you’re wondering, Matt was serious about his love for the Droid . Once it was released, he pretty much abandoned his iPhone.

4. How investigators tracked down a Modern Warfare 2 cyber pirate (November 6) — It seems readers couldn’t get enough of our coverage of the blockbuster video game, but the most popular Modern Warfare story was our account of how a private investigation firm stumbled on a scheme to pirate Modern Warfare 2 and sell a bunch of fake copies on the Internet.

3. Technorati: Full-time bloggers are making more money than ever (October 22) — Although most bloggers are hobbyists, blog aggregator Technorati released a State of the Blogosphere report saying the average income for full-timers is $122,222.

2. Android netbooks are on their way, likely by 2010 (January 1) — This was the first of a number of stories this year talking about how Android is an operating system for devices beyond mobile phones. The question now is whether those netbooks will run Android or Google’s other new operating system, Chrome OS. 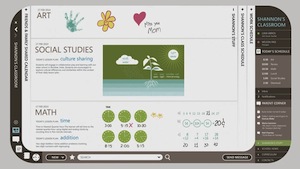 1. This is the Microsoft I want to see (February 28) — This features a video presenting Microsoft’s vision for the future. VentureBeat alum MG Siegler argued that the frequently mocked software giant has some cool ideas about where it wants to go, but has failed to translate that vision into good products. It’s hard to disagree — even Microsoft executives acknowledged that the company has lost some of its mojo, though they argued it was coming back with Bing and Windows 7.