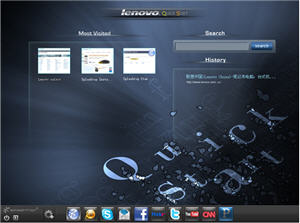 Google has promised to release an operating system called Chrome OS that replaces Windows with a simpler Linux-based system that launches the company’s Chrome browser. The company has been seeking a netbook manufacturer to build a Chrome OS-powered consumer laptop. In theory, it would be cheaper and more reliable than Windows, less vulnerable to malware attacks, and would remove a lot of the configuration and maintenance work that drives many Windows users crazy.

CEO Eric Schmidt, the guy who told me to my face Google wasn’t working on a Google PC at CES 2006, may launch a Google PC this year.

Google’s PC operating system will consist of a Linux boot system that launches the company’s Chrome browser. You’ll do everything in the browser thanks to Google Apps and other Web-based services, many of which are free.

But San Jose-based DeviceVM’s Splashtop already does this on 30 million shipped computers. Are you at CES? Walk over to the Lenovo booth and ask for a Quick Start demo on the new $500 touchscreen Ideapad S10-3t. That’s Splashtop 2.0, the new version. 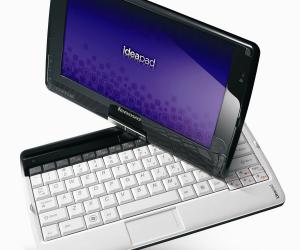 Splashtop, used by Acer, Asus, Dell, HP, Lenovo, LG, and Sony, launches in 3 seconds on the Lenovo. From there, you can click open DeviceVM’s port of the Mozilla browser. The company has also ported Skype and IM (it’s the reputable Pidgin client) to run as local clients for greater speed and reliability. They figure you’ll use Web-based email.

Are you stuck on using Chrome instead of Mozilla? I know I am. The good news is DeviceVM’s engineers are already working with Chromium, the open-source version of Chrome. It’s said to shave a second off launch time, which matters a lot in the instant-on world. 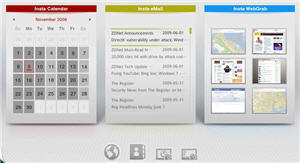 What makes Splashtop appealing, but also less cool to geeks, is that it’s designed to sit next to Windows on a mobile computer. Splashtop, under whatever name PC makers choose to label it — Lenovo Quick Start, Asus ExpressGate, HP QuickWeb, LG Smart-On — can connect to Microsoft Outlook to give you a quick view of your email, calendar, and contacts. It also presents thumbnails of your most recent Web pages looked at from Windows, so you don’t have to boot Microsoft’s operating system to double-check an itinerary or review a business colleague’s site.

“What we’re trying to do is give people what they’re familiar with,” senior director of product management Dave Bottoms said in a phone conference. “Windows is there when you need it, but we’re not trying to sell you on replacing it. We do think the browser is becoming more and more central over time. But there are times when you want to Photoshop a picture, or you want the full version of Microsoft Outlook. When you’re at the office and want full-blown productivity, you have that option.”

Can Google match this? I know just enough about PC device drivers, the software modules that connect an operating system to the hardware it runs on, to know that Google will have to limit the number of computer models that run its operating system — as Apple does — unless they want to take on the Microsoft-sized task of building, testing, and supporting Chrome OS on hundreds of hardware configurations. So the Google PC will probably come in only a few flavors, whereas it’s getting hard to buy a netbook without Splashtop on it.

“It is non-trivial to work with this many PC OEMs, and to get it to work across these platforms,” DeviceVM senior marketing director Sergei Krupenin eagerly agreed with me. “We have a lot of ex-MIT guys here. Everybody just expects 3G wireless to work automatically on these devices, but you’ve got to test across chipset providers, across wireless carriers. That’s why DeviceVM has 250 engineers supporting these options.” One team in Hangzhou is dedicated solely to working with Lenovo there. There are a few more employees in Shanghai, Taipei, and somewhere in Texas.

It’s obvious that when Google-branded PCs go on sale, the Google brand will have a lot of pull for Internet junkies who can’t get excited over an LG logo. For many of them, flaunting a computer that doesn’t have Windows installed on it will be a sort of personal Declaration of Independence.

But for people without a passionate hatred of Microsoft, Splashtop 2.0 seems like the best of both worlds. If I buy Lenovo’s netbook, I can install both Seesmic Desktop and Tweetdeck on Windows to handle my social networks, or I can pop up the Quick Start Twitter and Facebook buttons if I’ve only got a minute while waiting for my latte. Beat that, Google.

Laptop magazine has a video of Splashtop 2.0 in action on a new Lenovo, plus a detailed review of all its new features — touchscreen support, customizable shortcuts, the Web history thumbnails, and a newly designed dock that includes a new-email alerter for your Web-based email.

DeviceVM, founded in San Jose in 2006, has received about $45 million in funding over four rounds. The most recent round in August 2008 included investors Tim Draper, Larry Augustin, New Enterprise Associates, Inc., Storm Ventures, and DFJ Dragon.