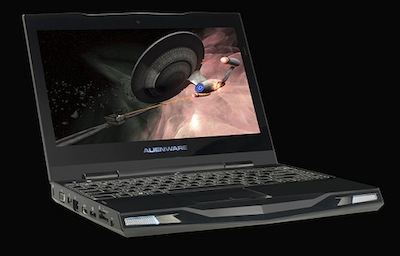 Computer maker Dell announced a couple big moves into portable computing today at the Consumer Electronics Show in Las Vegas, demonstrating a small gaming laptop that’s supposed to have the graphics power of a much larger device, and the prototype of a tablet computer.

The gaming laptop is the Alienware M11X. Alienware is Dell’s subsidiary for graphics-intensive computers, usually with a focus on video games. The company says the M11X contains “the graphics power of a 15-inch laptop in an 11-inch form factor.” You’ll be able to switch between a regular mode, with a six-hour battery life but less impressive graphics, and gaming mode, with fast, high-definition 720p graphics, but only 2 hours of battery. The graphics are powered by an Nvidia GT335 GPU.

Dell plans to start selling the Alienware M11x later this year, with pricing starting at $999. 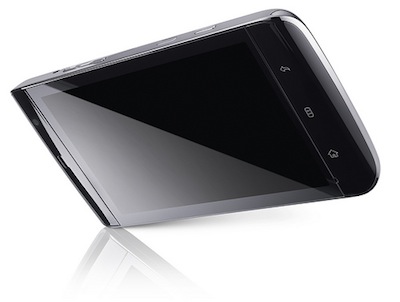 Also, as rumored, Dell showed off what it’s calling a “tablet concept,” a 5-inch touchscreen computer. The company isn’t really providing any details, but a lot of the more promising features seem to revolve around connecting multiple tablet users at once — they’ll be able to swipe and send pictures to other tablets, or connect tablets to play games together. (Microsoft chief executive Steve Ballmer also showed off three Windows 7 tablets, which he called “slate PCs,” at his keynote last night.)

Before the conference started, VentureBeat writer Dean Takahashi argued that “Dell needs to find a path beyond the PC.” It looks like the company is taking steps in that direction.