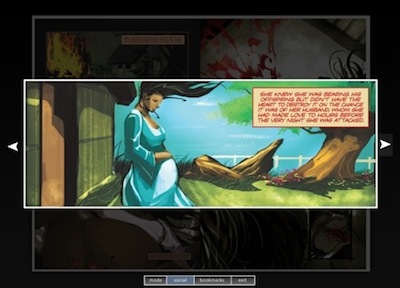 Like many of you reading this post, more and more of my media consumption is moving online, where I get most of my news, movies, music, television, and even some of my books. One of the last areas where I’m holding onto the physical object is comic books — but a startup called Graphic.ly may change that.

I’ve tried reading comic books as images files, as PDF documents, and as iPhone apps, but none of them combined good image quality with a smooth reading experience. (The less said about the ungodly hybrid known as “motion comics,” the better.)

But Boulder, Colo.-based Graphic.ly says it has created a slick comics app, as a native application for Windows 7, as a cross-computer app using Adobe AIR, and as an iPhone app. In addition to comics reading, Graphic.ly offers social features and a digital comics store, and it plans to include DVD-style extras too — like the ability to see individual art layers (the pencil drawings without ink or color, for example) or comments from creators.

Now, I haven’t had a chance to try the app out myself, but I’m hopeful after my conversations with co-founders Micah Baldwin and Kevin Mann. They’re knowledgeable comics fans and have clearly spent a lot of time thinking about the reading experience. Microsoft must have been impressed too, because Graphic.ly was demonstrated on-stage (very) briefly during Microsoft chief executive Steve Ballmer’s keynote speech at the Consumer Electronics Show in Las Vegas. Showing off Windows 7’s touchscreen capabilities, the demonstrator smoothly swiped between different comics pages.

Graphic.ly is rolling out a very early Windows 7 version of its app, first to members of comic site iFanboy in a couple days, then to the general public two weeks later. Baldwin says he’ll be incorporating a lot of fan feedback. In fact, if Graphic.ly decides to incorporate your suggestion, the company will invite you to sit in on the relevant engineering meetings. 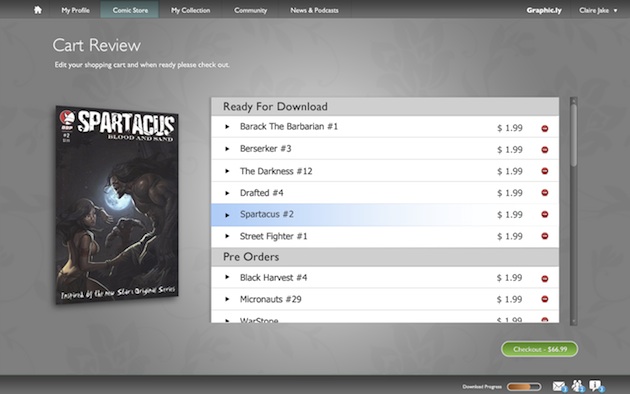 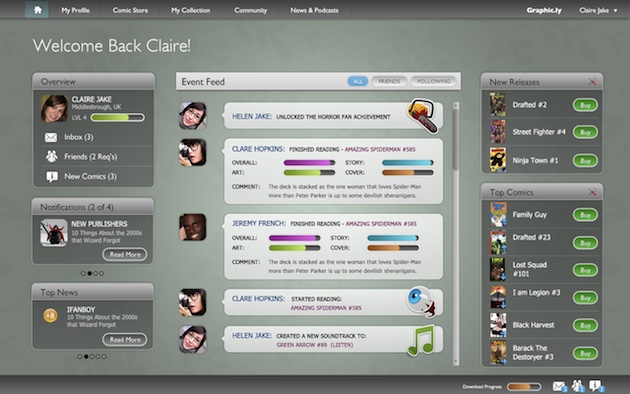