Two weeks ago, the Spanish phone giant Telefonica said it had acquired Internet phone company Jajah for $207 million in cash. That’s an excellent return for Silicon Valley-based Jajah, considering its investors put in only $33 million and it launched a little more than four years before.

In interviews with several employees, former employees and other observers, I asked how the Mountain View, Calif. company managed to succeed even as a host of other VoIP companies, including names like Jangl and Jaxtr, either went out of business or were sold for pennies in asset sales.

Of course, as executive producer of DEMO, I was also interested in how the company’s launch at DEMO contributed to the company’s success. More on that in a second. 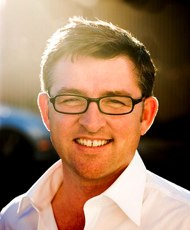 Healy joined the same week Jajah launched at DEMO in the fall of 2006. He watched as the two co-founders gave a three-minute pitch (see video at bottom), demonstrating their VoIP product and how it was offering near free calls to many popular global destinations.

The launch at DEMO garnered the company significant press, including articles in the Financial Times and Business 2.0. Co-founder Mattes said investors lined up to meet the duo after the DEMO, even forcing the two to eventually take refuge in their hotel room. “DEMO was definitely the kickstart,” he said. “Our page views went through the roof.” Intel executives also attended DEMO, and they saw Jajah present. Intel followed up with phone calls and ultimately began negotiations to invest a major round of money. Several months later, Intel and Deutsche Telekom invested $20 million at a significant valuation of about $140 million, and another investor, the Ian Flemming fund, invested at $200 million. Other interested investors, including Motorola, weren’t even able to get into the deal.

The days as a hot start-up, however, soon came to a screeching halt. A slew of upstart VoIP companies, including Jaxtr and Jangl, emerged offering their services for free. This made it extremely hard for companies like Jajah to keep expanding and charging at the same time. Ultimately, after about a year or so, most of these other companies began to hit the wall and were sold in fire sales. Jajah, meanwhile, expanded it offerings, exploiting technology it had built to more efficiently terminate calls by other providers. Even other VoIP competitors, including Gizmo Project, approached Jajah and asked Jajah to handle their termination business. This led to more expertise and insight into market pricing, giving the company an arbitrage business for placing calls. Jajah also acquired employees from Jangl, and took over some Web partnership deals that company had struck.

Eventually, Jajah struck a deal with Yahoo, which let Jajah handle the millions of calls made through Yahoo’s IM service, Yahoo Messenger. This traffic, along with the wider platform of communication features that Jajah built out, soon became attractive to large telecommunication companies.

The iPhone had spurred a revolution in the smartphone business, and carriers were seeking to get into the business of promoting more dynamic, cool applications. Indeed, in July 2008, a competing Silicon Valley phone company, Ribbit, was sold to British Telecom for $105 million (Ribbit had launched at DEMO in January of the same year, and generated significant hype). Other carriers began circling, looking for a hot startup to acquire. Jajah began acquisition talks, and at one point was close to negotiating an offer for about $300 million. Jajah believed it could command a higher price than Ribbit, because it had real revenues.

However, Jajah held out too long. It never got the offer. In a case of unfortunate timing, pandemonium broke out when the downturn hit in October 2008. The acquisition talks evaporated. One major early investor in Jajah, Sequoia Capital, called a crash meeting at its offices to warn its portfolio companies that the economy was in a tailspin and that it would be next to impossible to raise more funding. Sequoia told its companies to try to get to profitability immediately and to cut costs to do so. Jajah did just that. It streamlined development offices, cut five sales people, and froze travel budgets — and worked hard to boost revenue. It reached break-even in April of 2009. Eventually, Telefonica entered the picture and expressed interest in Jajah for the platform it offered. Healy sold them on his vision: Calls are no longer being made just over mobile phones; they’re being made from televisions, set-top boxes, inside social networking sites and more. It’s also not just about voice, but also about video and messaging. Jajah plans to roll out all these services across all devices, Healy says.

The $207 million offer was the first offer Jajah ever got, according to company sources. Co-founder Mattes said that the company had initially hoped to become a billion dollar company, but he said that the final sale price is “realistic” and that he’s happy with it. The deal allowed all investors were able to make money on the deal. Even the Flemming fund, which had paid a high price, had negotiated a liquidation preference, which allowed it to get its money back first and then to participate in the remaining proceeds. The company’s chief technology officer and very early employee, Amichay Oren, left the company recently, in part because he’d vested his stock options and so no longer had any incentive to stay. Otherwise, the team remains largely intact.

The acquisition deal is subject to approval from regulators in Spain.