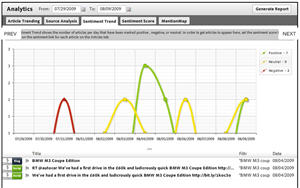 An acquisition announced today proves that social media marketing isn’t just for a few startups and loose-cannon brand managers who “get it.” It’s become as much a part of work as expense reports.

Jive Software, which makes a sort of Facebook for companies, or a Salesforce for social media, has snapped up social media monitoring company Filtrbox.

Jive Software’s web-based tools — nothing to install — let companies set up and manage both internal social networks for employees who nowadays may work in different time zones, and external networks for interacting with customers as a part of the social net, rather than a stodgy corporate site. 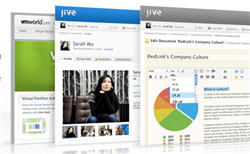 The idea is to let companies create a presence on the Internet in familiar formats and forums, while also encouraging the same sort of online conversations and collaborations among employees. Jive claims to be the best at connecting both types of networks seamlessly, without letting employees accidentally post confidential communications to the Internet.

Filtrbox makes monitoring and analytics tools, also Web-based, that let companies track the social network hotness or notness of their brands and their competitors. So it makes sense that Jive, founded in Portland, Ore. in 2001, would add Filtrbox, founded in Boulder, Colo. in 2007, to its offerings.

In a prepared statement, Jive’s management said there were four reasons they chose Filtrbox over other monitoring tools: Its easy-to-understand interface is designed for a broad set of users. It has collaboration tools that line up with Jive’s own. It lets marketing managers adjust the amount of “noise” so they can see only a few messages, or a lot. Finally, Jive believes Filtrbox’s technical architecture will scale well, so they can offer the same online services to a one-person company or massive corporate enterprise.