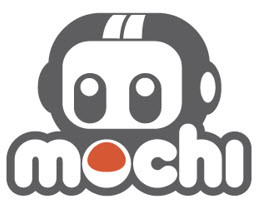 Shanda is one of the biggest online game publishers in China, with more than 70 online games in operation. Mochi Media, based in San Francisco, operates an ad network that helps hobbyist game developers make money. It does so by inserting ads into Adobe Flash-based web games, which are often played by the millions. Mochi Media makes money, since advertisers pay it for every gamer reached, and Mochi Media shares revenues with the developers. In this way, even hobbyist game developers can become professionals. Mochi Media’s ads run in 15,000 Flash-based games played by 140 million users.

“The Shanda deal shows the global nature of gaming,” said Ping Li, a partner at Accel Partners, which is one of Mochi’s backers.

Jameson Hsu, chief executive of Mochi Media, said in an interview that the deal is a landmark transaction between a Chinese game company and an American one. “We liked them because they have some of the best content and we want to be associated with good quality,” Hsu said.

The acquisition is one of Shanda’s biggest moves in the U.S. Li said we can probably expect to see more of that in the future as Chinese game companies become more global players. Mochi Media raised $14 million in two rounds. Li said he was pleased with the exit valuation and said it was a good fit.

Mochi Media’s Hsu said the company will operate independently within Shanda, but the companies will have collaborative projects in the future. Besides Accel, Mochi Media’s backers include Shasta Ventures.