VentureBeat and the Game Developers Conference are pleased to announce the GamesBeat@GDC conference on March 10.

GamesBeat, the conference for leading executives in the game industry, will take place at the upcoming GDC 2010, which runs from March 9 to March 13. This year’s GamesBeat@GDC will feature a fireside chat with John Schappert, chief operating officer of Electronic Arts and a 17-year veteran of the video game industry (pictured below). EA made a big splash when it agreed to buy social game publisher Playfish for as much as $400 million, and Schappert is a big thinker on the transition that is happening between traditional games and the explosion of new platforms. 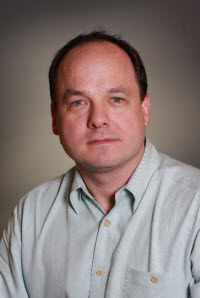 The GamesBeat conference debuted last year and gained attention by focusing on the most disruptive technologies changing the industry. GamesBeat is produced by VentureBeat, the leading news site for executives wanting to understand the ramifications of today’s technology developments.

Last year’s successful event drew many of the industry’s leaders as speakers and attracted nearly 500 top executives from throughout the games ecosystem: leading games companies, entrepreneurs, investors and press. The event also was sponsored by game industry leaders — Sony, Nvidia, Nokia Ngage, Outspark, and MayField fund, to name a few.

Building on that success, this year’s GamesBeat will become a part of the GDC itself, instead of being held independently at a separate venue. By having GamesBeat at the GDC, speakers and attendees can enjoy the compelling content all in one place.

I’m doing the programming for the event, which will take place at the Moscone Convention Center in San Francisco alongside other GDC summits. And I’ll work closely with GDC event director Meggan Scavio to deliver a provocative event.

This year, the conference will continue to focus on the business of video games. We’ll have executive-level speakers from a wide variety of companies, from the smallest startups to the biggest in the industry. We just witnessed a year of amazing changes for the game industry. Nearly a hundred game startups raised at least $600 million in venture capital in 2009. Revenues for traditional console games stalled in the U.S., but social gaming upstarts have created enormous successes on Facebook, and other startups forged ahead on the iPhone. Now, lots of companies are seeking to enter those new markets, but they’ll have to elbow other fast-growing upstarts out of the way. In 2009, startups proved that the iPhone, Facebook and virtual goods were powerful engines for growth, and in 2010 we expect that lots of companies will adapt to the new reality brought about by the new platforms.

The next GamesBeat@GDC will focus on:

– The fate of the game platforms
– Where investors are putting their money in games
– How big companies and brands are adapting to the growth of social and mobile gaming
– New trends such as cloud-based gaming
– Games as a service
– The international scope of growth in games
– And above all, the business models and strategies it takes to succeed in today’s game industry.

Among the attractions: a startup competition where judges and the audience can vote for the best game startup. More speakers will be announced at a later date. Attendees can access GamesBeat@GDC with a GDC All Access pass, a Summits and Tutorials pass as well as a GamesBeat@GDC pass. More info is at www.GDconf.com. Registration is now open.