Motally’s analysis says the future isn’t all about smartphones:

The most interesting trend in the data is the large amount of mobile website traffic that is done on feature phones, particularly in regions like South America, Asia and even Europe.  These regions house the BRIC countries (Brazil, Russia, India and China), which many economists believe will be major drivers of global economic growth in coming years.

The Nokia 3310 (pictured) is one hot-selling phone in the emerging world. It’s the successor to the Nokia 3210 that sold more than 160 million units worldwide.

Below are the most important charts from Motally’s report, which will be published later today. 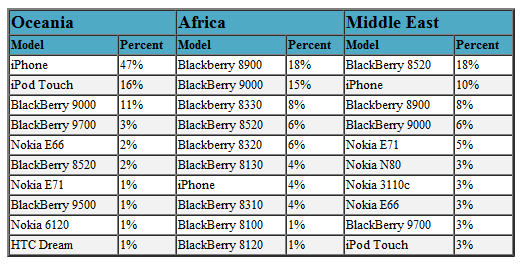