Editor’s note: Omri makes me feel like a sociopath. While I don’t dispute any of these points, I usually prefer to remain in control of my own gaming sessions, even if this means frequently playing alone. Do you enjoy the unique experiences that can only be had by gaming with others? -Jay 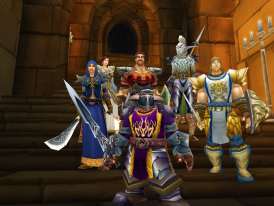 I’ll readily admit that I have a somewhat unhealthy attachment to a group of strangers. No, I don’t mean the latest batch of victi — err, contestants — on American Idol. Rather, I concern myself with a band of MMOG (Massively Multiplayer Online Game) players that get together to accomplish feats within a video game that cannot be overcome without extensive teamwork.

I speak, of course, of my World of Warcraft guild. During my time as a member, I’ve collected some unique experiences befit of playing an MMOG: defeating challenging enemies, swapping item statistics, discussions and debates within guild chat, and many more.

What makes these experiences unique is that I could not hope to obtain such memories through a single-player game alone. This speaks clearly of the societal transformation that video games have undergone throughout the years — what had once represented an individualistic endeavor has transformed into an experience that can be shared by all.

Sure, the single-player component won’t ever fade from the fundamental video game mold. However, as additional games focus upon the networking aspect of multiplayer content, it is easily apparent that the general notion of who can participate changes as well.

More and more contemporary titles contain some sort of multiplayer component. Whether it’s the cutthroat arenas of deathmatch shooters (where I can trace back my gaming roots), or the zealous fidelity of relying on your teammates in co-op games, a variable aspect of building a social groundwork exists within the myriad genres of video games in existence today. 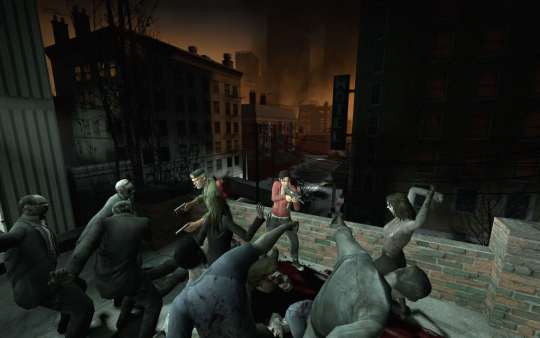 Left 4 Dead embodies the ideal of social bonding while getting your brains sucked out.

Retro gaming isn’t immune, either. I’ve lost track of how many get-togethers my friends and I had at the local arcade. Traipsing through the hellishly difficult levels of Contra was tempered somewhat by the assurance that someone else would fall on their face as much as I did; essentially, we had fun despite the looming challenges that arcade games always brought.

The ideal multiplayer experience doesn’t necessarily involve online gameplay. Indeed, by simply having a friend or family member take part in progressing through a game, a veritable font of nostalgic memories can be achieved. (For a pertinent example, look no further than Bitmob community member Ed Tremblay’s “My Nostalgia, Part 1”.) 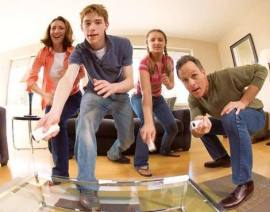 That old saw of kids being hunched over the glow of a video game console causing a lack of exposure to society can be glibly explained away by the wholesale success of the Nintendo Wii and family or party-themed games. It’s almost as if the myriad commercials exemplifying the fact that quality family time can be achieved by rollicking in Bowser’s castle are grounded in some sort of . . . numerical logic.

And that’s an important facet of the medium that typifies the advent of a socialized gaming utopia — a conquest of practical and social handicaps. There’s definite gratification in overcoming obstacles within a video game; it’s absolutely beatific if the same feat is accomplished with others.

Having closer ties to those who play alongside you can assist in prevailing against personal hurdles and assuaging any anxieties an individual might encounter with his job, school, or other positions in life. Forging friendships with total strangers can spark acts of assistance or kindness from unexpected sources; job-seeking tips, homework help, or even monetary loans are just a few examples. 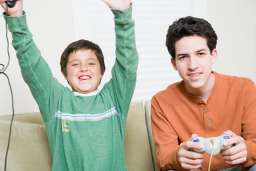 Socializing in video games extends above and beyond the simple act of playing together. Indeed, a whole new subculture of etiquette and protocol has surfaced with the onset of multiplayer networks – MMO guilds, FPS clans, and lingo of all forms. It addresses a crucial shift of focus from the common basement-dwelling nerd who lives a cloistered existence of playing video games to a much larger amalgam of the populace who partake in interactive entertainment.

The word “virtual” should be overlooked here, as sharing video game adventures with others tends to be a very real experience. I can only remain optimistic for a future in which our craft gains more widespread acceptance, and the role society plays within video games continues to grow.