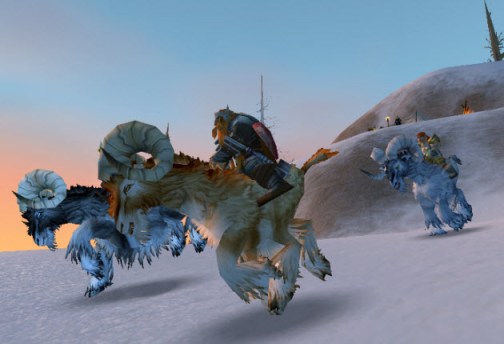 China seems to be heading down the wrong road in video games. It is evidently embracing both censorship and protectionism and seems bent on limiting Western involvement in the local Chinese online game industry.

This isn’t news to longtime followers of China’s game industry, but interest in the hurdles for Western companies in China has heightened since Google publicized its own problems there.

And it was reinforced in a talk this week by Sun Shou Shan, Dalian government deputy secretary general and vice minister of China’s regulatory agency, the General Administration of Press and Publication (GAPP). The talk was in Chinese and delivered before a group of game developers at the GAPP’s annual China Game Industry Association conference. It was translated for us, and it has a lot of relevance for Western online game companies such as Blizzard Entertainment, (a division of Activision Blizzard) whose World of Warcraft online game has weathered a regulatory nightmare in China.

The talk lays out some of the decisions the agency has made since it began a game policy review in the fall. Sun said that the theme for 2010 was that game makers would have to create good games with “correct social values and personal values.” That means the game makers have to avoid vulgar and obscene game content, creating “green and healthy” online environments for children. It’s strong language, for sure, and it remains to be seen if China will be tougher about enforcement than the American game industry’s own self-imposed entertainment ratings system. The problem at the moment, said one China expert, is that the process on the censorship side isn’t transparent.

China will continue to support and encourage domestically developed original online games, “further strengthen industry supervision and self-discipline,” and censor non-compliant products. One aim is to limit the number of imported games. Sun said China would step up anti-piracy efforts.

GAPP’s policies will focus on the trade-offs between “economic benefit” and “social benefit.” Game makers are obligated to be responsible corporate citizens for providing healthy cultural environment for young people. In 2010, Sun said that GAPP would strengthen the pre-approval process for online games, and he said GAPP is the only agency authorized to pre-approve games, both domestic and imported. That’s a reference to the clash the GAPP had late last year with the Ministry of Culture, which wanted World of Warcraft to resume operations while the GAPP did not.

Using their local Chinese partners, all foreign game companies have to obtain one permit, the IPP, and three approved codes related to copyright, review of game content, and online game operation. All domestic game companies must do the same. GAPP will also oversee the launch of new game versions, updates, and replacement of game operators. (The latter is what caused World of Warcraft’s shutdown, when its Chinese operator from The9 to NetEase). Now, if someone changes game operators, their game has to go through a pre-approval process again.

In the music digital distribution space, China lost a recent World Trade Organization ruling that found its requirement that foreign companies find local Chinese partners for an unfair trade barrier. The ruling is likely to apply to game publishing as well, but so far GAPP has stated that the ruling doesn’t apply to publishers, which includes games. That’s a matter for lawyers to figure out.

Along those lines, GAPP will release regulations and detailed explanations to ensure that it has a transparent and scientific online game approval process. It will step up management of its existing Internet Publication Permit, and after June, 2010, all companies that have not been issued the IPP will be prohibited from operating games. Foreign game companies must partner with Chinese operators to publish online games in China. GAPP plans to monitor game content and how it is dynamically changed in online games to ensure that the content is legal.

GAPP will also keep investing in its “anti-addiction” system to protect kids from getting addicted to games. Overall, GAPP will work with other government agencies to encourage more domestic game development.

Domestically produced games generated revenue of 16.525 billion rmb, a 50.1 percent increase from a year ago, and accounting for 64.5 percent of the total online game market. It seems likely that the domestic players gained market share at the expense of World of Warcraft, which was taken off the market for some months in 2009.

There were 29 Chinese game companies that exported 64 games into foreign markets in 2009, generating sales revenue of 10.9 billion rmb, up 53.9 percent from a year ago. A few of those companies have set up foreign subsidiaries that are distributing games developed outside of China.