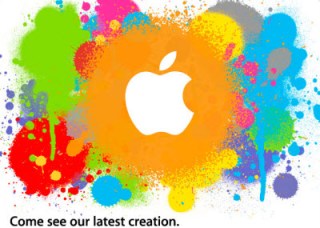 [updated] Game developers are starting to get excited about making games for Apple‘s tablet computer, which is expected to be announced on Jan. 27.

The tablet is likely to be a hot new platform for games, since it will have more processing power, a bigger touch screen, and other capabilities that dwarf the game experience on the iPhone, which is no slouch when it comes to games.

The Wall Street Journal reported that Electronic Arts was preparing games for the Apple tablet. EA declined to comment, but it makes sense given EA’s heavy focus on making mobile games. There is also plenty of other content in the works, such as apps for reading books, magazines and newspapers, textbooks, TV shows, YouTube and other things. The Journal said the 10-inch or 11-inch screen device would be about $1,000.

Flurry also reported today that the tablet is running the iPhone OS 3.2, which has not been released yet. That means that the device will likely run the current 130,000 apps that are available on the AppStore. About a fifth of those apps are games. And, in fact, Flurry said today that the bulk of the 200 apps that Apple has been testing on 50 new devices at its Cupertino, Calif. headquarters are games.

[update: Shervin Pishevar, executive chairman at social game publisher SGN, said he doesn’t have inside information on the tablet. But he welcomes the concept and is excited that the new device is likely to play existing iPhone apps.

“We are really excited about the possibility of a tablet that works seamlessly with the iPhone,” he said in an interview. “I think that it will make the computers of today, like laptops, look like the rotary phones of our era.”

If the tablet runs iPhone apps, then most of the other tablets coming from rival computer makers won’t matter, Pishevar said. That’s because those rivals won’t have the power of the AppStore and its 130,000 apps behind them. Some of the games will likely have to be tweaked so that the art looks good on a bigger screen, but that shouldn’t represent a huge development hurdle, Pishevar said. ]

The tablet will be a significant new test as to whether there is room in the crowded game market for a new gaming device. It comes at a time when there are no new game platforms planned even as consumers are turning to gaming on smart phones in droves.

Games, for instance, are the No. 1 app on the iPhone and iPod Touch. While the iPhone and iPod Touch compete with the Nintendo DS and the Sony PSPgo, this new Apple device will be in virgin territory, along with all of the other tablet devices being created. Analysts believe that there could be a big market for devices that have 5-inch to 15-inch screens and yet are not netbooks or smart phones.

Some of those devices are more like eBook readers, but the Apple tablet will be an interesting jack-of-all-trades. It may launch first as an eBook reader aimed at the Amazon Kindle, but it could also become a popular new gaming platform.