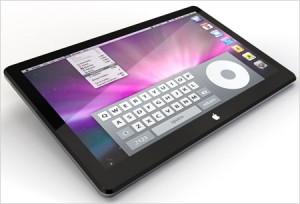 Almost every application developer out there is eager to start building applications for Apple’s long-rumored tablet, according to a new survey from Appcelerator. And although we’ve already written about the excitement from game developers, there’s actually greater interest in other kinds of apps.

Now, it’s probably a mistake to read too much into the specifics of this survey, since it doesn’t represent a comprehensive swath of developers, but rather a portion of those who use a specific set of tools — 554 respondents from the more than 18,000 developers using Appcelerator’s Titanium platform for building web, mobile and desktop apps. 64 percent said they’ve built a mobile app in the last two years, while 57 percent said they’ve built a desktop application. Still, this is just a another indicator of developer interest in the tablet, which Apple is expected to announce at an event on Wednesday.

On to the results. Here’s the big one: Of the application developers surveyed, more than 90 percent said they were interested in building at least one app for the tablet in the coming year. When asked whether they were “very interested” in building apps for a platform, 58 percent of respondents said “yes” when asked about the tablet, placing it behind the iPhone and Google Android, but far ahead of other platforms like BlackBerry, Palm Pre, and Windows Mobile. Of course, there’s a big gap between being interested in building an app and actually building the thing, but that’s still a high level of interest for a product that doesn’t officially exist, and whose details are still subject to speculation and debate.

Respondents also saw the tablet as a much more business- and productivity-oriented device than the iPhone. They said they’re most interested in creating business and productivity apps, followed in order by entertainment, social networking, and education. Games only came in fifth. Respondents said they’re hoping for a built-in camera that could unlock videoconferencing and video social networking possibilities, while others said there was big potential in education, finance, and medicine.

Overall,  if Apple manages to deliver a strong product on Wednesday (and I’m betting it will), it looks like it shouldn’t have much trouble stirring up the same developer interest that it’s found for the iPhone. 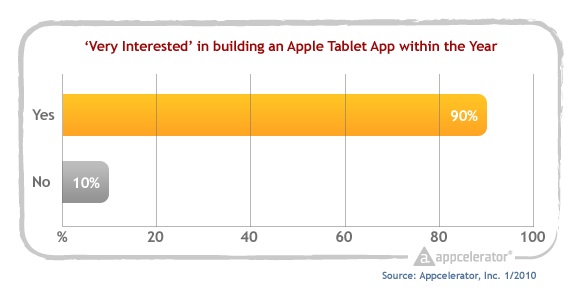 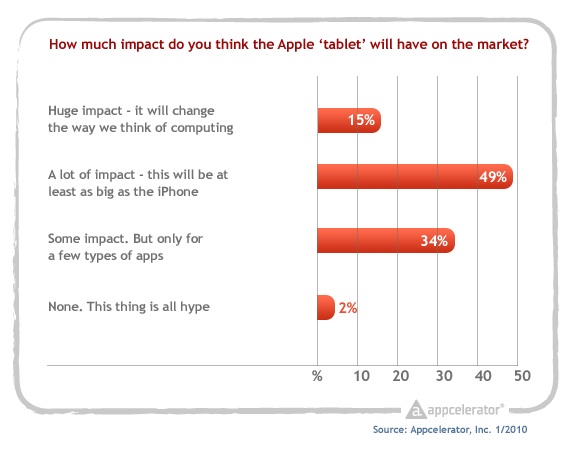 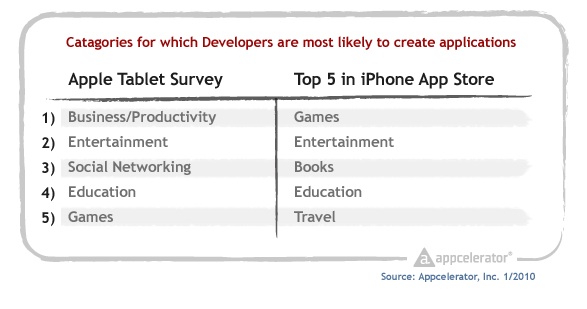 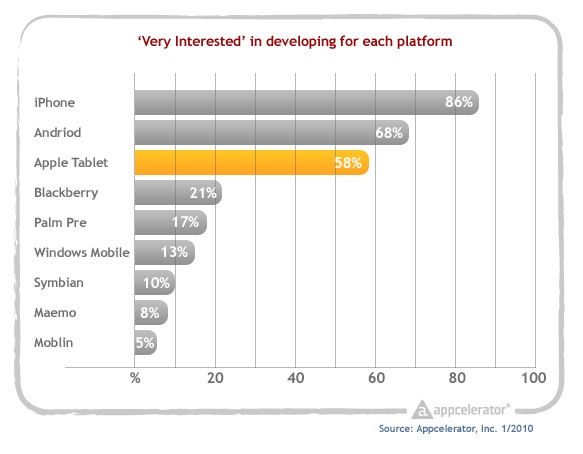