Who is trying to face down Apple’s anticipated tablet this spring?

Here’s a partial list covering tablets from larger hardware companies like Dell and HP, along with lesser-known devices and a few e-readers. The pricing details and public launch dates aren’t available on all of these yet, so we’ve provided what we know and linked to deeper reviews.

HP’s Slate computer
This video demo shows the HP tablet that runs on Windows 7. HP is also reportedly building another based on Google’s Android OS. When Microsoft chief executive Steve Ballmer demoed it on-stage at CES, he was spare with details and used it to read a book using Kindle software. Using the touchscreen, he swiped through the pages, then went onto Amazon, where he purchased and downloaded another e-book.
[youtube=http://www.youtube.com/watch?v=IIIjTDnX2Y0&w=560&h=340]

HP’s tablet-laptop hybrid, the TouchSmart tm2:
This kinda qualifies. It’s a fourth-generation touchscreen laptop with a swivel 12.1-inch screen that can be turned into a tablet. You can enter things with your finger, full-size keyboard, or a digital pen. It has a capacitive multitouch display that recognizes multi-finger gestures such as pinching or swiping and an aluminum case with a Riptide engraved illustration. (See Dean Takahashi’s full take on HP’s lineup here.) This laptop starts at $949. 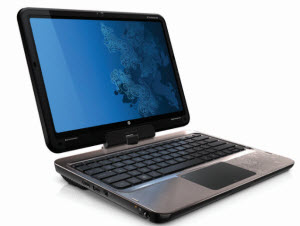 Dell
It has a five-inch display and is supposed to complement (not be a substitute) for a conventional PC. The small size may hurt the product in the long-run, since it duplicates the feel of a smartphone instead of an actual tablet computer. The more promising features seem to revolve around connecting multiple tablet users at once — users will be able to swipe and send pictures to other tablets, or connect tablets to play games together.

ICD’s Vega
The Android-based Vega specializes in home scheduling and other basic functions and will come to the U.K market later this year with T-mobile. We covered the first appearance of the Vega back in November. Developed by Seattle-based Innovative Converged Devices (ICD), a mobile computing engineering firm, the Vega includes features that make it a solid in-home device, suited for the average family kitchen, including a 15-inch touchscreen, NVIDIA Tegra 250 mobile web processor, full HD 1080p video playback, 3G, Wi-Fi and a T-Mobile SIM card. The carrier hasn’t released pricing. (We did a longer take on the device here.)

Marvell-based Alex Reader
This dual-screen reader from Spring Design runs on a Marvell processor and has not one, but two different kinds of displays. The smaller screen is an Android tablet while the other is an electronic paper display with an LCD. It comes out next month retailing at $399.

Skiff
This is an e-reader, not a tablet. It’s an 11.5-inch device comes from a company backed by newspaper and magazine publisher Hearst Corp. It’s got a 1,600-by-1,200 pixel resolution, which is enough to view an entire page of The New York Times up-front, according to Engadget. 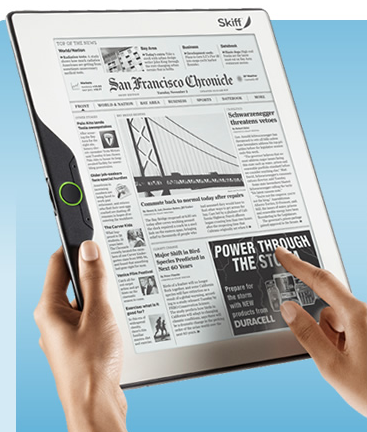 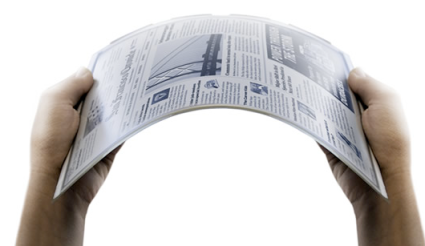 Asus
Another netbook-tablet hybrid here. It’s two pounds and one-inch thick. It comes with a TV-tuner, GPS and should be out in March.

Cydle M7
This Korean electronics company entered the Tablet fray this month with a $199 Android-powered device. It has a seven-inch resistive touchscreen and should come out in the spring. (See Engadget’s slightly longer take here.) 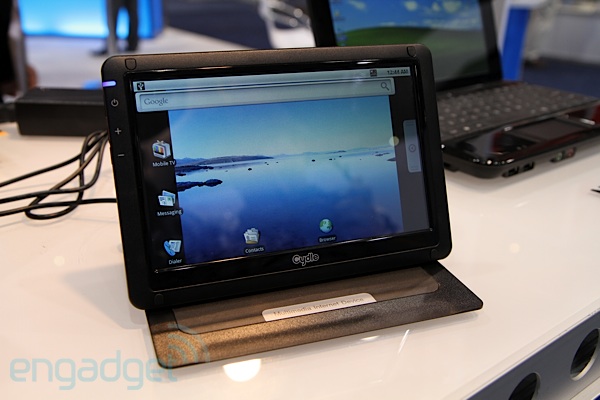 MSI
MSI has built a 10-inch Android tablet that’s based on one of the new chips Nvidia showed off this week and has a capacitive display, which is very responsive. (Engadget has more here.) 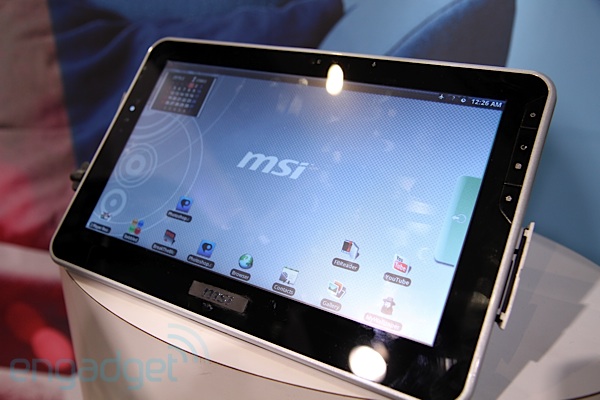 Notion Ink
Here’s another Android-based tablet from Notion Ink. It’s on a 10.1 inch Pixel Qi display (which is what Apple’s version will reportedly run on). It comes with GPS, a digital compass, an accelerometer and even water sensors. There’s a three-megapixel camera that comes with autofocus and can record video. There will be a 16-gigabyte and 32-gigabyte version. (Slashgear has a longer take on it and Engadget tests it hands-on here.) 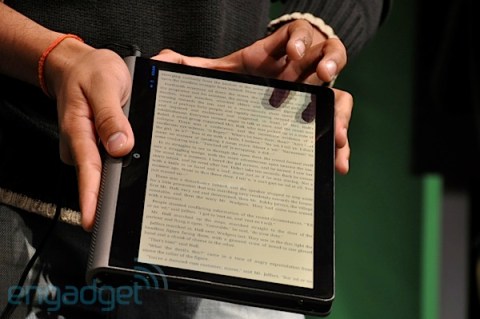 Compal
This is a seven-inch tablet that runs on Android 2.0. Engadget gave it a pretty horrible review, complaining about the lack of GPS and Bluetooth. It also has a resistive, rather than a capacitive touchscreen, which makes it less responsive to touch.