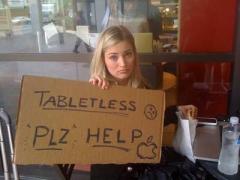 Update: This article was corrected to fix an error in the description of the iPad’s multitasking limitations. Thanks to John Gruber for help with that.

Yes, it’s awesome. But should you blow five hundred bucks or more on Apple’s new iPad tablet computer? If you’re looking for reasons to back out, we’ve got ’em. In descending order of dealbreaking: