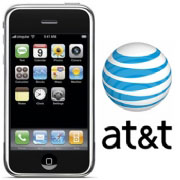 While the Apple iPad is dominating tech news left and right, there was another bit of news from the company yesterday that should be noted: Apple has removed restrictions that previously prevented VoIP iPhone applications from working over 3G. This unleashes a world of opportunity for VoIP applications, which have only worked over Wi-Fi thus far.

Currently, several popular VoIP application developers have announced that they’re taking advantage of the new provisions. The first was iCall — which not only lets you make VoIP calls, but also offers a way to switch cellular calls to VoIP. And most recently, web communication aggregator Fring has announced support for VoIP — which is all the more interesting because it means Fring users can now video chat over 3G as well.

We knew this was coming since last October when AT&T announced that it would allow VoIP apps over 3G. Since then, we’ve been waiting for Apple to implement the change on its end. Some VoIP apps, like Fring, don’t need any updates to work over 3G. Others, like Skype, implemented their own preventative measures against being used over 3G and subsequently require an update to take advantage of 3G connectivity. As of the time of this post, Skype hasn’t been updated yet.

Allowing VoIP over 3G sets the stage for increased innovation in the VoIP arena, as well as more experimentation with video chatting. Skype’s iPhone application doesn’t even support video chatting over Wi-Fi yet, and I’m hoping that they take the removal of 3G restrictions as reason enough to implement video.

Video chatting is going to become increasingly important in mobile devices over the next few years, and Apple is surely taking that into account by dropping 3G restrictions. It portends a dual-camera iPhone that can properly support video chat coming soon, as well as the inclusion of webcams in future iPad revisions.