The current gaming landscape has seen many different individual works. Even within genres, the core voices of each game are distinct. However, this doesn’t hold true for game series that iterate on their systems in smaller ways, creating games that each take steps forward but feel identical to the previous entry. These series may have quality gameplay and solid franchise identities, but individual identities are muddled in the process, either homogenizing a series or making all but the latest entry obsolete. Looking at a cross-section of what gaming as a whole has to offer imparts some insight into the nature of iteration.

The Players Change, but the Game Remains the Same 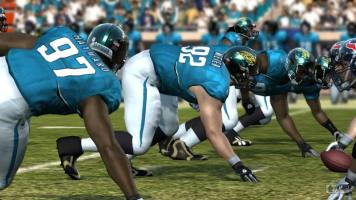 Sports games such as the Madden series often take the brunt of the iterative argument and it’s not hard to see why: They’re limited by the fact that they’re approximating a physical sport, the rules of which are set in stone. There is no level design to speak of, as all the action takes place on the same layout every time. The mechanics and interface have remained fairly steadfast with only minor tweaks between entries. It isn’t for a lack of ways to play the game. The 2K series of games always provided a distinct alternative from the Madden games, revealing that different approaches could pay off. It is within franchises that we rarely see variation.

However, there might not be motivation to provide any. People always rush out to buy the latest installment, but any time one comes out, the old entries immediately get marked down to bargain-bin prices. There is no reason to play the old games when the new ones are the same but slightly better. It’s because consumers perpetuate this business model by buying year after year. Each new entry in popular sports series sells despite the lack of identity between editions. There’s no reason for the developers to make each game unique when the market says otherwise.

There already have been numerous steps put into place to prevent obsolescence and infuse some individual identity into current and future releases. Roster updates for sports games via download are becoming commonplace. As well, EA CEO John Riccitiello recently spoke of a “new and innovative take” on Madden for its 2011 incarnation. In reality, this is what every sports game release needs to gain its own identity: ownership of unique gameplay mechanics. It may not survive within the established sports model for long, but at the very least it will keep the entire series from being homogeneous. 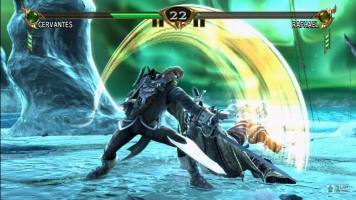 Fighting games are trapped in a similar box even though they have the natural advantage of not being based on a game with concrete rules. There is a good variety of fighting game franchises out there both 2D and 3D. However, within each franchise there is not a lot of variation. The Soul Calibur series brings this fact into sharp relief. Every subsequent sequel saw numerous tweaks to balance as well as new characters, but the core game is still the same no matter what number is at the end of the title. Soul Calibur 4 added Critical Finishes, which awarded a match-winning attack to an opponent as punishment for defending too much, but it didn’t really change the way the game was played enough. Things get especially complicated when you factor in multiple releases of the same sequel. The numerous versions of Street Fighter 2 as well as the upcoming release of Super Street Fighter 4 are egregious examples of double-dipping within the iteration model, stunting evolution further in favor of refinement.

Oddly enough, while the Street Fighter franchise has it wrong when it comes to shilling rereleases a bit too much, they have it right when it comes to how to handle sequels without iterating. Each Street Fighter game has a distinct feel while still very much feeling like Street Fighter. Beyond Street Fighter 2 establishing the baseline for all fighting games that came after, Street Fighter 3’s additions changed the way the game is played by adding things such as parrying and dashing, creating a new game in the process that still fit into the franchise. The recently released Street Fighter 4 incorporated elements from both 2 and 3 to make an accessible 2.5D fighter that has its own personality, adding in, among other things, focus attacks and ultra moves. This is the way you give fighting game franchise entries individuality: Make them distinct while retaining the series’ identity. 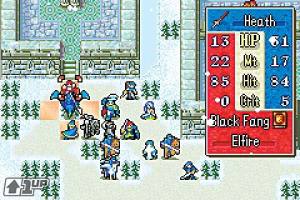 Iteration can also occur in genres not known for the practice as well. If a series doesn’t progress and keeps every entry too similar to each other, then the games run the risk of losing their own individual identities. The Fire Emblem series is an extreme example of what can happen if you don’t give each game in a series a strong identity, which is symptomatic of the fact that it is twenty years old without much evolution. While the gameplay in each game is extremely satisfying, it’s gotten to the point where it doesn’t matter which one you play. They all have political stories set in medieval fantasy settings and grid-based combat with rock-paper-scissors underpinnings. None of the games build any sort of personality separate from the values of the series at large.

That isn’t to say that it can’t be done. Fire Emblem’s sister franchise Advance Wars was beginning to work itself into a similar predicament. The first three games are extremely similar to each other in every way besides obligatory tweaks to gameplay. The writing had a light-hearted tone without much context of the world at large. It wasn’t until Days of Ruin that we saw any kind of shift. It darkened the tone by introducing a post-apocalyptic scenario, more serious dialogue, and character development to some degree. While there are debates about whether this was a successful experiment or not, it did succeed in giving the game its own essence separate from what came before.

We see some common threads from all of these examples. Time, profit, and genre practices are all factors in the stagnation of individual game identity.  However, there are enough exceptions to the rule that we can gather how to break this crisis: A game that is part of a series should keep the franchise identity by retaining the feel that is core to the games. However, individual games should have enough of a personality all their own to distinguish themselves from the others. There is usually a lot of flexibility within a given set of franchise boundaries, and the series that have stretched them in many directions without breaking are remembered as some of the best.