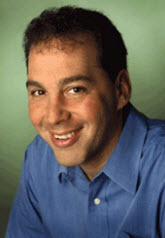 Guitar Hero had a very tough year in 2009 as the masses took a break from music video games. So it’s no surprise to see that Dan Rosensweig, who headed the division for video game giant Activision Blizzard, has left that job to become chief executive of online textbooks firm Chegg.

Rosensweig had taken the job at Activision Blizzard in March, 2009. At that time, the Guitar Hero music games — which let game players strum faux guitars in time with music graphics on a TV — were riding high.

But both Guitar Hero V and The Beatles: Rock Band games, which came out in the fall, sold far fewer than expected during the holiday season. Activision Blizzard also branched out into two new music-related games, DJ Hero and Band Hero, which also sold disappointing numbers. DJ Hero, however, did the best among new intellectual properties launched in games during the fall.

In an interview, Rosensweig said he thought the music game business is still a vibrant market and the health of the Guitar Hero brand was powerful. Hardware sales of the music guitars and drum sets are slowing, but the market is shifting toward the downloading of songs. That accounts for the revenue slowdown, but Rosensweig said that the overall market continues to expand, as 60 percent of game buyers are now buying music online, compared to none just three years ago.

Music games were the weakest part of the game market, with sales in the fall about a third of what they were a year earlier in North America. David Haddad, chief operating officer of Guitar Hero, will take Rosensweig’s place with expanded responsibilities.

While he liked the job at Activision Blizzard, Rosensweig said he saw an opportunity to build an exciting business at Chegg. He said that the textbook market is worth $10 billion and the company is growing 600 percent a year with its business of providing rented textbooks to students.

“It’s a rare opportunity to build an incredible brand,” he said.

Going forward, Rosensweig said the company has to execute on its plans, grow the overall market for rented textbooks, and create a brand that both families and students can trust. At some point, Rosensweig said, the company will need to expand beyond the U.S.

Santa Clara, Calif.-based Chegg is one of the front runners in the online textbook rental market. Chegg has raised $144 million in venture capital from firms such as Kleiner Perkins, Foundation Capital and Insight Venture Partners. Osman Rashid and Aayush Phumbhra started Chegg in 2005. The company offers its online textbook rentals to 7,000 schools across the country.

Chegg has 120 people in Silicon Valley and more at its warehouse in Louisville, Ky. The company said it has saved $137 million for students. It competes with textbook makers and Barnes & Noble.