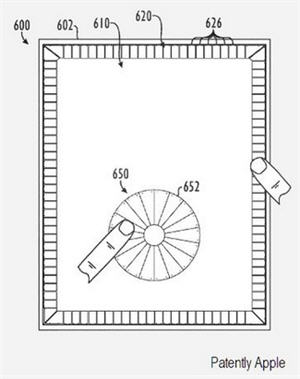 Rumors are one thing, but patent application drawings are another. The latest illustrations picked up by the Patently Apple blog show what looks like the iPod’s famous clickwheel on the screen of an iPad. It’s not a physical wheel, it’s an interface that appears on the touchscreen.

The patent explains that the “intelligent bezel,” as it’s called, adjusts itself to the orientation of the tablet screen, either horizontal or vertical. It is accompanied by touchable controls around the edge of the screen.

Just as important, the patent document explains, it knows what touches are “irrelevant” and ignores them. So you can fumble with your iPad and not accidentally blow your eardrums out by grabbing it too close to the Play button.

The US Patent and Trademark office has approved the patent, so there’s nothing stopping Apple from building the intelligent bezel — I’m sure Apple will have a cooler name for it — into a future upgrade to the iPad’s software.

What I want to know: Can I get this on my iPhone, too? The clickwheel makes the iPod simple and relaxing to use, rather than fumbling through menus and pressing buttons. I can operate an iPod while jogging. Wish I could say that for my iPhone. 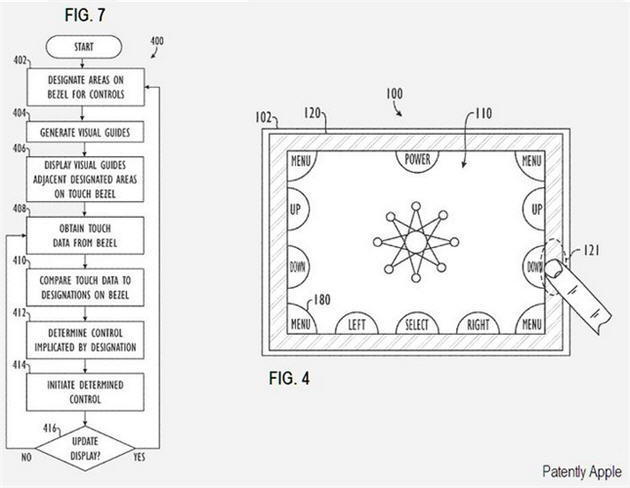 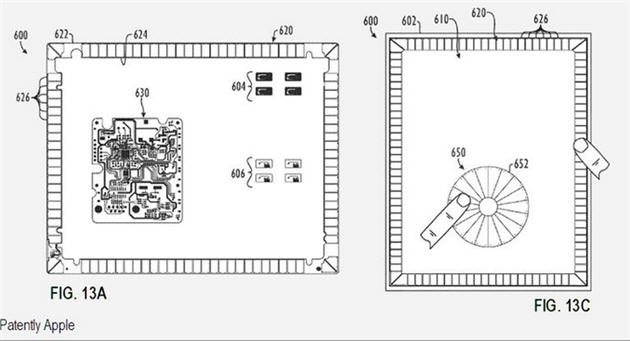