When Electronic Arts launched The Sims on Feb. 4, 2000, nobody knew if it would sell. But on its tenth anniversary, The Sims has become a blockbuster franchise in video games, with more than 125 million copies sold worldwide. It has had a profound influence on game design, broadened the definition of a game, and become embedded in pop culture.

To date, the franchise has grossed more than $2.5 billion in revenue, putting it on par with blockbuster films The Matrix trilogy ($1.4 billion), and Titanic ($1.8 billion). The Sims 3, which launched last summer, has sold more than 4.5 million copies and it was the best-selling PC game of 2009. 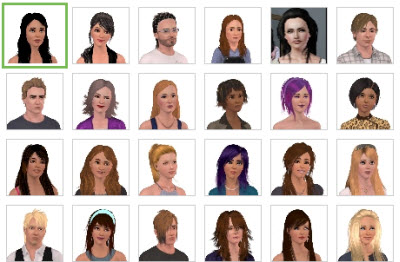 “At first, no one believed that a video game about people and social interaction, without shooting, driving or what passes for action, could be published successfully,” said John Riccitiello, chief executive of EA. “The Sims has incredible appeal among teens and young adults, and, especially among female players, has broken all the old established rules about video games.”

Today, Redwood City, Calif.-based EA released a bunch of impressive facts about The Sims, which was conceived as a secret project by SimCity game designer Will Wright at Maxis and which took about seven years to complete.

The original Sims was the bestselling PC game of 2000, 2001, 2002, and 2003 until it was dethroned in 2004 by The Sims 2. EA has milked the franchise for all it’s worth, launching a total of 45 different games across the PC, console and mobile platforms. It has been translated into 22 different languages, is available in 60 countries, and is the No. 1 PC game franchise of all time. 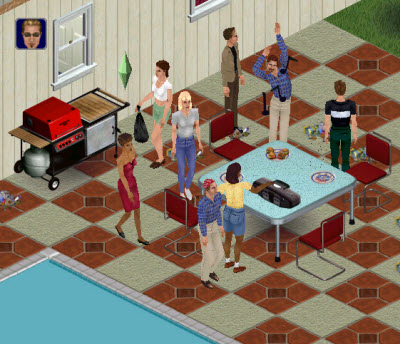 the hallmarks of the Sims is the ability to customize your character’s appearance, belongings, house and tastes. To date, fans have downloaded more than 100 million items of content created by players for the Sims 3. The most popular downloaded content on The Sims 3 official community site is hair, which has been downloaded 670,000 times. The site gets 6 million visitors a month and there are 300 content downloads every minute.

Fans can upload their own movies of their Sims. About 1.7 million uploads have been made to date, which adds up to about 20 movie uploads every hour. The Sims 3 YouTube channel is the second most-subscribed to channel of all time with 55,000 subscribers and 26 million video views.

The cultural impact has been huge. The Sims was the only game franchise to grace the cover of Newsweek (it’s hit the covers of four dozen magazines to date). In 2008, nearly 1,000 H&M stores featured a garment designed by a player of The Sims for anyone to purchase. That same year, furniture retailer IKEA added its own real-world furniture designs to the catalog of digital items that Sims players could use.

The simulated people in the game speak a language dubbed Simlish. In developing it, the development team experimented with Ukrainian and Tagalog, the language of the Philippines. Rockstars like The Black Eyed Peas, Katy Perry and the Pussycat Dolls have record their top songs in Simlish. The French loved the game so much they created a postage stamp honoring the game.

Wright once introduced a mysterious virus in The Sims. As the infection spread, players figured out that the source of the illness was the pet guinea pigs that they purchased. In 2004, EA’s European division, EA Benelux, created a real glass house where a family lived out their life for all to watch in The Sims style.

Wright is a college dropout, but he’s one of the most erudite game designers. He modeled the behavior of The Sims after Maslow’s Hierarchy of Human Needs and consulted numerous books on architecture as he was designing the game.
Please check out our GamesBeat@GDC conference on March 10 at the Game Developers Conference in San Francisco. 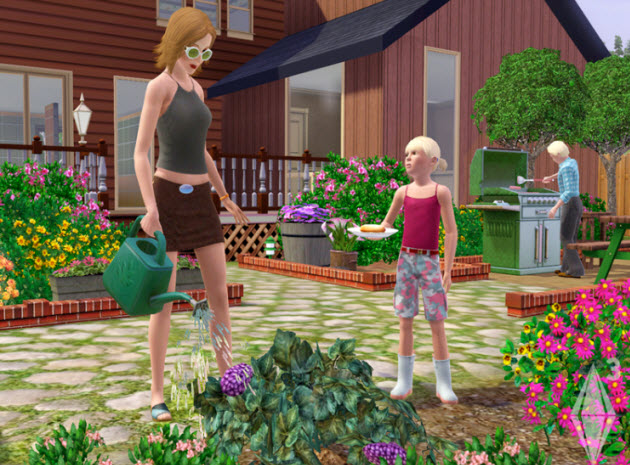