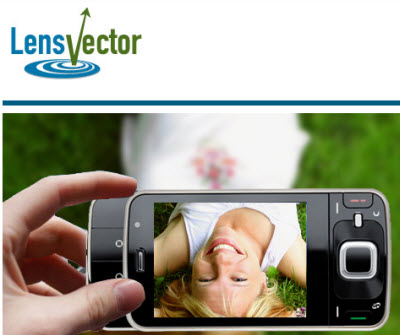 We’ve all gotten used to taking lousy, out-of-focus pictures with our camera phones. But LensVector hopes to change that with its chip-based autofocus technology.

Today, the company is announcing it has raised a round of $30 million, bringing its total raised to date to more than $50 million. Institutional Venture Partners led the round, joining existing investors Menlo Ventures, Samsung, Silicon Valley Bank, Mitsui, and Kodak.

The Mountain View, Calif.-based company is using the money to expand its operations. Norm Fogelsong, a general partner of IVP, has joined the board. LensVector has created optical technology that can shape, steer, and focus light without mechanical movement. The technology can be used in mobile phones, laptops, pocket video camcorders and other consumer electronics.

A traditional lens moves back and forth to bring objects into focus. So it typically needs a mechanical device and a motor. LensVector applies an electrical charge to control the amount of light coming through a material. LensVector essentially controls the rotation of molecules to change the characteristics of the light coming through. The focus can change from the distant horizon to ten centimeters from the lens.

Derek Proudian, chief executive, says the company is getting an excellent response from cell phone makers who want to make their phones better, yet more energy efficient as well. LensVector can also cut cost out of a camera phone, deliver better picture quality, and enable high-value apps like bar code scanning and video. The module on the right side of the picture is what ordinarily goes in a camera phone, and LensVector’s solution is on the left.

The market opportunity is huge, since about 2 billion camera modules are expected to ship by 2012.

Proudian has 25 years of tech experience and has headed five startups. His previous startup, Zip2, was acquired by Compaq for $300 million. LensVector was founded in 2006.

Proudian said that the technology is based on liquid crystal on silicon, which combines the techniques used in making displays with those used to make chips. Intel had trouble developing this technology and canceled a big chip related to making better TVs. But Proudian said his company isn’t inventing new technologies, but is rather combining proven technologies in a unique way.

The company has a 30,000-square-foot factory that can make as many as 5 million chips a month. That capacity will be enough for the first year of production, Proudian said. After that, the company will consider opening up more manufacturing overseas.