Mobile analytics firm Motally publishes a monthly report on mobile website and application usage. This month’s report, to be published later today, finds that 80% of mobile websites have substantial traffic from around the world.

To be specific, if you divide the world into seven regions — North America, South America, Europe, Asia, Africa , Middle East and Oceania — 80 percent of websites get traffic from at least three regions outside their own. 72 percent of applications are used in four or more regions.

I did some napkin math on Motally’s stats and calculated that 34 percent of applications have 25 percent or greater international usage.

What does this mean for mobile developers?

“Any investment should at least consider a global audience,” Motally concludes. “Mobile is an effective global platform.”

Personally I’m still not comfortable with the use of “mobile” as a noun rather than an adjective. But I’m fascinated to read that 53 percent of sites and 41 percent of apps in Motally’s study drew visitors from all seven regions — not just onesy-twosy clicks, but significant traffic.

Below are the charts from Motally’s report. 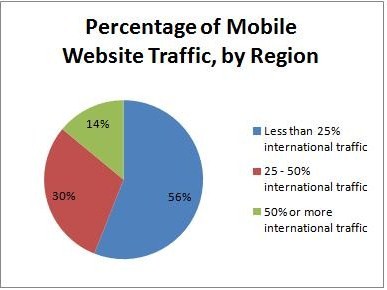 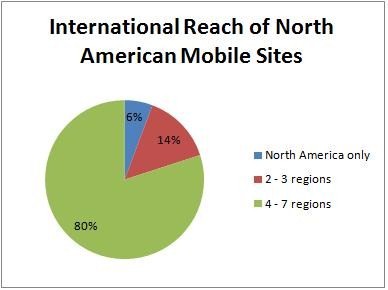 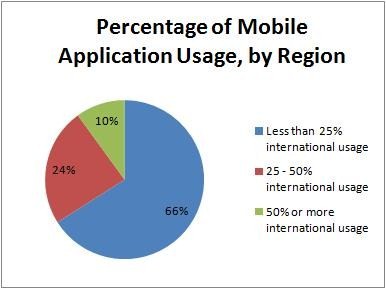 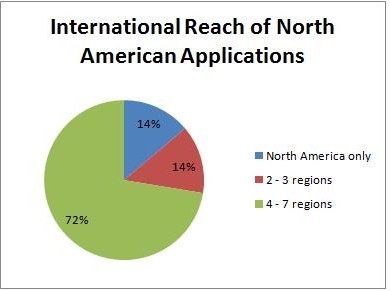