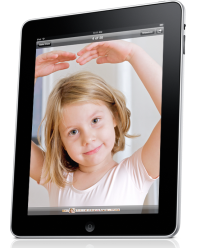 Apple broke with the consumer electronics industry’s accepted wisdom by designing its own processor chips for the upcoming iPad tablet computer. In the past, Apple persuaded Intel to build a custom central processor chip for its super-skinny MacBook Air. But iPad design goes one further by bringing the chips in-house, using the talents of a company called Palo Alto Semiconductor — PA Semi to insiders — a maker of power-efficient chips that Apple acquired in 2008.

I’ve been goading readers who work in the chip biz to tell us why. Last week, I published a set of emails from engineers, some of them ex-Apple. That post prompted a couple of more insidery sources to come out. Engineers sure love correcting reporters, and hurray for that.

How exactly does the A4 chip deliver a claimed 10 hour battery life AND keep from burning your hands on the iPad? Here’s the best explanation I’ve received so far:

PA Semi achieved something to write home about just as Apple defected to Intel:  a 65nm 2Ghz, dual powerpc core processor that maxed out at 25 watts.  That was supposedly tantamount to witchcraft, and an explanation I’ve seen for it was that PA Semi was able to break it up into a large number of smaller ‘power domains’ (if that was the term..), allowing them to keep more of the chip either at lower frequency or turned off completely. I also recall reading that this was extremely difficult.

The A4 story, really being whether it has much of an advantage over arm + graphics + … chips of the same generation (whether A8 or A9), hinges on whether Apple’s PA Semi talent and IP worked all that much magic compared to what e.g. TI or Qualcomm already achieved.

That’s probably THE question to ask your Apple sources: how much PA Semi is in there, and how much better is that?  They were previously the best of the best, does it still show in this new context?

But it’s also important, Steve Jobs said at the iPad launch event a week and a half ago, that Apple’s software and hardware engineers work together. Here’s how that works:

Apple has invested heavily in OpenCL and LLVM, which are technologies to distribute work across multiple CPUs and multiple GPUs. In this Apple is different than other mobile devices: other vendors want video decoding and 3D games at a good rate, but often
leave the GPU mostly idle.

Apple is looking to drive a lot of work
through the GPU all the time, as part of any application. For Apple,
it makes sense to put a lot of GPU cores in the chip. It even makes
sense to put in so much GPU that the chip would overheat, but throttle
back the ARM clock speed to leave more thermal envelope for the GPUs
to run.

Speculating, I’d say choice of GPU the biggest draw for building
their own chip. Merchant silicon will be designed for the mainstream
market, and Apple is ahead of the mainstream in this.

PA Semi didn’t do the A4. It was the existing VLSI team. Apple has made custom chips for years like the Northbridges for G4 and G5.