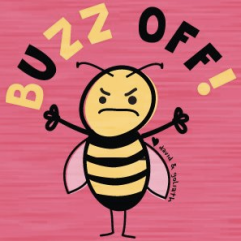 The 1976 Mel Brooks film “Silent Movie” depicts an evil corporation “Engulf & Devour” whose slogan is “We’ve got our fingers in everything” beneath a logo of a pair of hands clutching the planet Earth. The release of Google Buzz this week reminded me of that.

Not that Google is evil; quite the contrary given its “don’t be evil” mission statement. But do they have to have their fingers in everything? Google Search (brilliant), Google Talk, Google Docs, Google Reader and the Nexus One are all well-received extensions of the Google brand.

And now, Google Buzz, which you’ve probably heard by now is Google’s social media offering released yesterday. Given that it’s Google, Buzz is probably going to be smart, intuitive, popular, life-changing and more. VentureBeat has already reported how Buzz has more potential than Google’s previous social media efforts. And, as a business proposition, Buzz makes sense for Google because more and more advertisers are looking for social media opportunities.

Most Gmail users signed into their email today to find Buzz waiting for them, and have been playing with its various features. But here’s why I won’t be doing that: I just finally figured out Twitter and think I waste too much time as is on Facebook — so please, Google, don’t force me to master another social media app.

The writeup on Google’s blog explains all that Buzz has to offer users and reads like a story about Apple — we didn’t invent social media, we reinvented it, is the argument.

While some of Buzz’s offerings sound like improvements over the Facebook and Twitter experiences, many of them don’t — and they certainly don’t convince me that I need to migrate my social world to Buzz. What follows are quotes from Google’s blog on Buzz features, paired with my reactions.

“Buzz is built right into Gmail, so there’s nothing to set up — you’re automatically following the people you email and chat with the most.” Nice, but the people I email and chat with the most are already my Facebook friends. And some of the contacts in my Gmail are incidental or onetime-only e-mails. I’d need to see how Buzz determines which contacts I use “the most.”

“Buzz sends responses to your posts straight to your inbox.” Facebook already does. “Unlike static email messages, buzz messages in your inbox are live conversations where comments appear in real time.” I don’t see that as a game changer. It would not kill me to have to hit the refresh button on my browser to get new Buzz messages. Plus who needs a more crowded inbox than they already have?

“No more fuzzy little pictures…big and full-resolution.” Okay, Buzz may have something here. It would be nice to see the photos my contacts want to share without having to shuffle between Flickr and Picasa. That said, Buzz won’t make viewing and reviewing albums of photos easier than Facebook, even if the quality and resolution are better.

To be sure, anything Google Buzz can do to reduce the “noise” generated by social media apps would be much appreciated. From the Google blog: “Buzz also recommends posts from people you’re not directly following. … If you’re not interested in a particular recommendation, just click the ‘Not interested’ link.” In Buzz 2.0, I’d recommend changing that to “Buzz off!” (Get it?)

I’ll reserve judgment on Buzz for mobile devices. VentureBeat covered Buzz’s location-based features separately. I personally don’t use Facebook or Twitter much on my smartphone, so I have no experience to compare to.

Also, kudos to Google for acknowledging that Buzz is a work in progress. Facebook, too, analyzes user feedback to inform its decision-making, though with varying degrees of responsiveness, depending on who you talk to.

I never saw the value of Twitter until someone introduced me to TweetDeck where new Tweets appear briefly in a pop-up window on my desktop. I have learned of many breaking news stories from TweetDeck, which takes me back to my days in a radio newsroom where four bells signaled a “Flash” news bulletin coming over the AP teletype.

I never realized the value of Facebook until I reconnected with friends I hadn’t seen in years, witnessed the community experience that was Michael Jackson’s death, or joined a memorial for four Oakland police officers killed in the line of duty last year. Despite its foibles and flaws, at least Facebook is something I’ve already figured out.

But I’d need to see something pretty compelling to make me switch to Buzz from what I’m using now, or worse, try to live in two social media worlds at once.

Then again, when I look at my claim: “I need to see something pretty compelling to make me switch,” I am immediately reminded of when Facebook emerged in the time of MySpace. So I won’t rule Buzz out forever, just for now.